Sad to report that we didn’t take any fun typewriter hunting excursions to antique malls in Nevada. I was concerned about the roads between Winnemucca, NV and San Mateo, CA.  There are currently 17 active wild fires burning in California. I worried that we might hit road closures in the Sierra.  It was a bit smoky in parts, but otherwise the roads were fine—congested with weekend traffic but fine.

Outside Reno the smoke was pretty bad
photo: daughter Echevarria

We made it to San Francisco, the City of Year Round Wool.  I love you, Fog.  It was 64° as we crossed the Bay Bridge.

We got to the House Without Parents: Bay Area Edition™ where my son greeted us. We delivered the car and accomplished our primary mission.  The old house smelled vaguely of old typewriters – I added a couple more to the aroma:

I felt like I needed some closure to my Typewriters Across America Experience, so I went out walking in the neighborhood to visit some of my old haunts – various thrifts, Goodwill, antique stores.  I saw a really cool van, but no typewriters:

I drove down the peninsula to an antique mall that I have been to before and saw some typewriters: 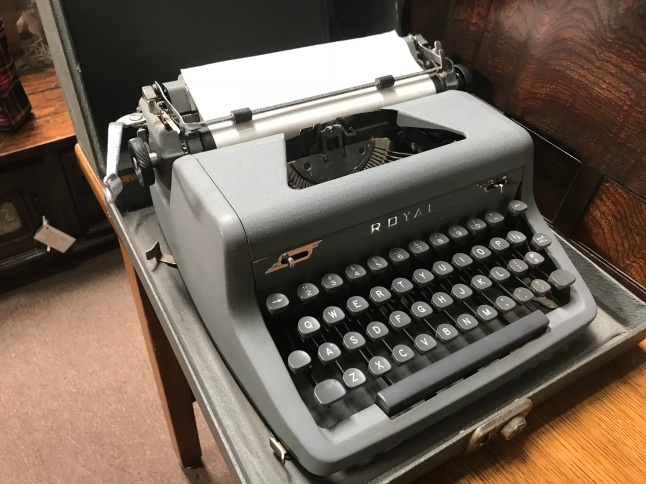 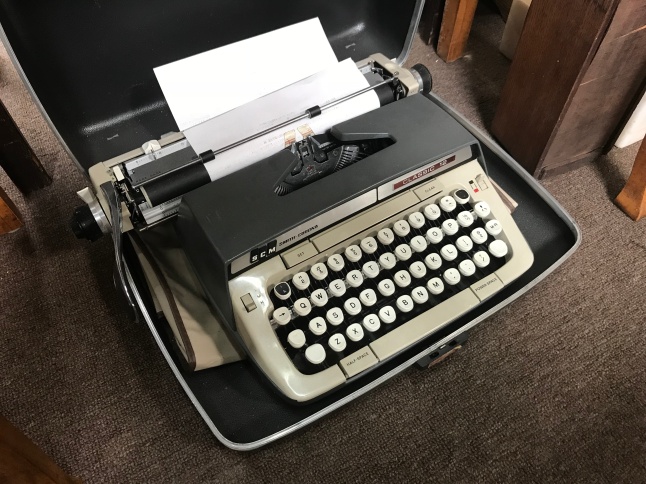 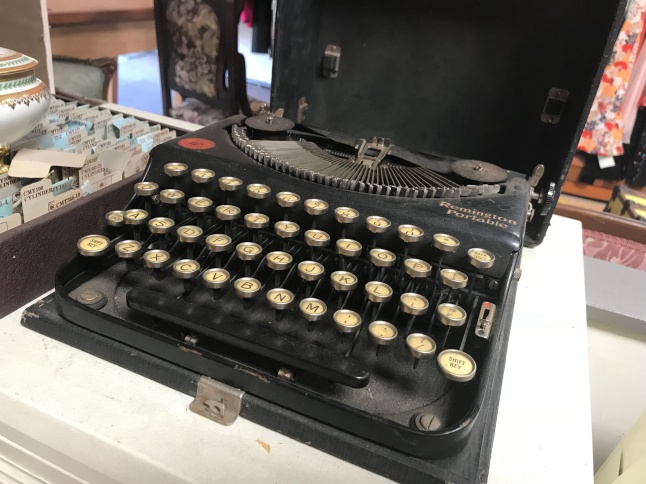 Three out of the five didn’t have a price, so this wasn’t a very informative typewriter safari.

I was restless, so I decided to head up to San Francisco check out an antique and collectibles mall I had heard about.

When Moe closed her shop in San Mateo, she opened a small display at an antiques and colllectibles collective in SF called Stuff.

I took the train up to San Francisco and hiked over:

I found Moe’s case – a distillation of the pure essence of Mozo’s: 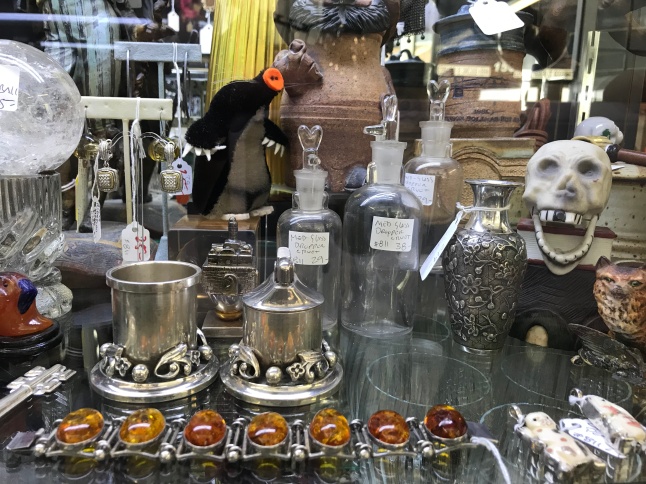 Stuff is full of stuff, and they had typewriters. 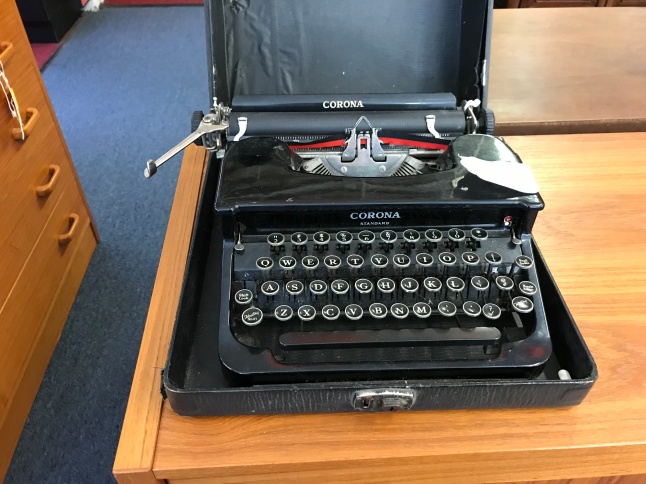 The Adler came with the factory control sheet, user manual, cleaning set.  Looks like it has an interesting typeface. 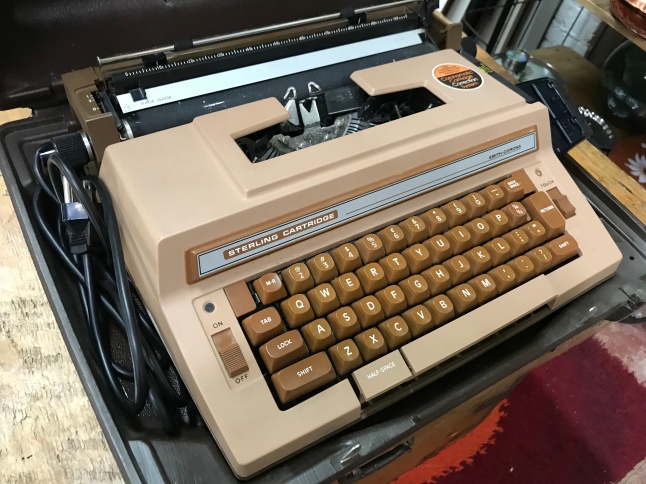 I hadn’t meant to buy anything since I was on foot and on the train.  I ended up with two.  Can you guess which two?

Now I need to drive up to San Francisco to retrieve my loot.

30 thoughts on “The End of the Line: Typewriters of the SF Bay Area”