Long story short: Roia works at Moe’s antique shop where I find a lot of typewriterly inspiration.  Roia is a super nice person and she’s got a couple kids. I recently fixed her daughter’s Royal Quiet De Luxe.

Anyhoo, Roia’s 17 year-old son is into Arduino electronics and 3D printing. He has a blog called Progress by Chance where he documents his projects.

photo courtesy of Progress by Chance

Roia mentioned that her son had happened upon my typewriter blog and fell in love with my Olivetti Praxis 48 (and really, who wouldn’t?). I told Roia that in the interests of encouraging the next generation of typospherians, I would happily give the Praxis 48 to her son.

Arduino started in 2005 as a project for students at the Interaction Design Institute Ivrea in Ivrea, Italy… The name “Arduino” comes from a bar in Ivrea, where some of the founders of the project used to meet. The bar, in turn, has been named after Arduin of Ivrea, who was the margrave of Ivrea and king of Italy from 1002 to 1014.

The Praxis has a couple issues that might be fun for Roia’s son to tackle.  One is that the plastic on/off switch is broken in two.  Perhaps he could 3D print a new one?

In addition, the Olivetti’s carriage return clutch still needs work – I have to degrease it each time I use the typewriter or line spacing doesn’t work. I had ordered a thin sheet of cork and was planning to resurface the clutch, but I may end up passing that project along to Roia’s son.

I feel that I just got to know this Olivetti, and now it leaves me. This is good though.  I know that the Praxis will go to a home when it will be loved and appreciated and perhaps inspire the next generation’s Christopher Sholes. 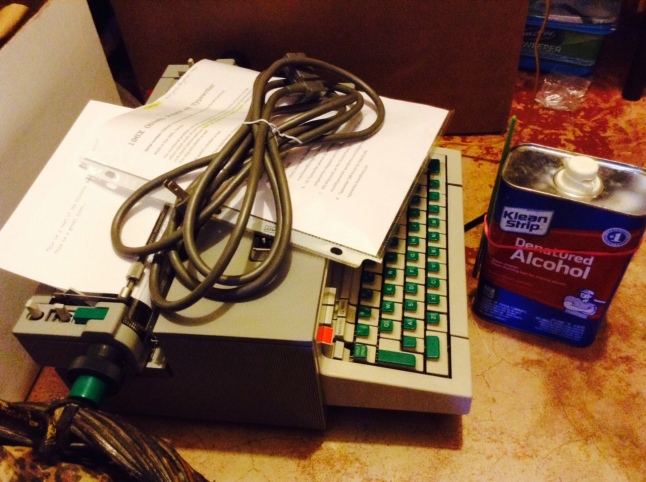 I sent the Praxis off to the Arduino Kid with care and feeding instructions and a can of denatured alcohol for the clutch.

Roia had another typewriter she was wondering if I could look at.  It belonged to her friend Geoff and wasn’t working too well. 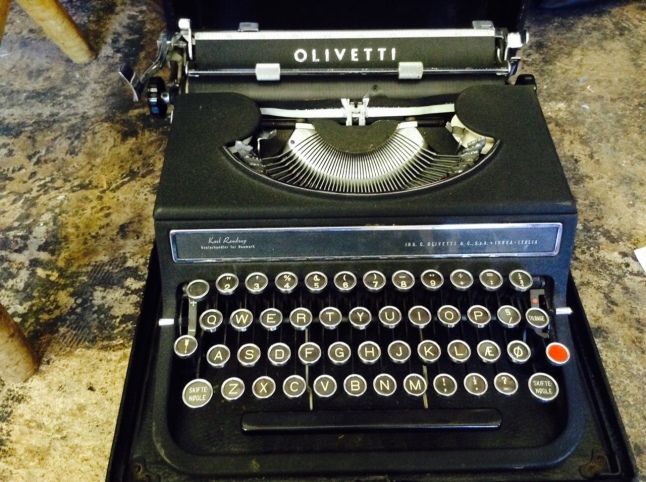 Another native of Ivrea.

10 thoughts on “The Arduino Kid and the Ivrea Connection”