I brought home a stylish little Smith-Corona Clipper from Moe’s shop for a some R&R at my typewriter spa. It wasn’t too dirty. I took it outside and blew out the dust bunnies. 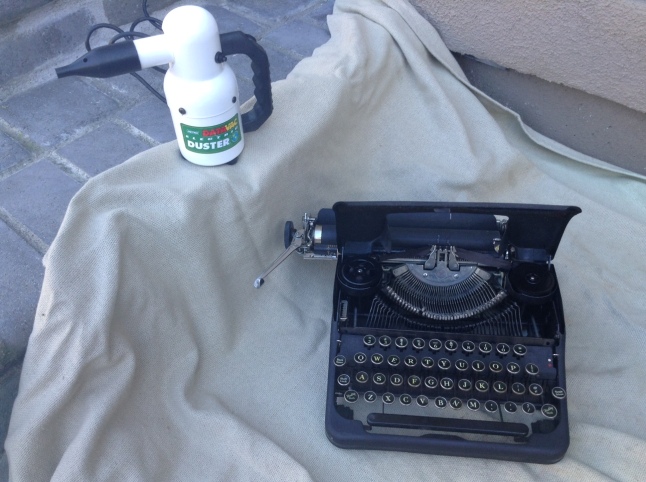 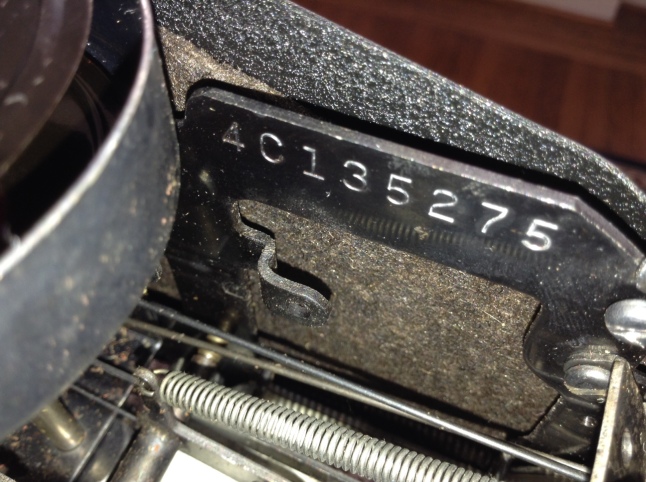 In addition to the usual complaints (dry ribbon, grime, dust, sticky keys), the typewriter had some rotated keys – the worst being the letter “E” and the letter “N”. 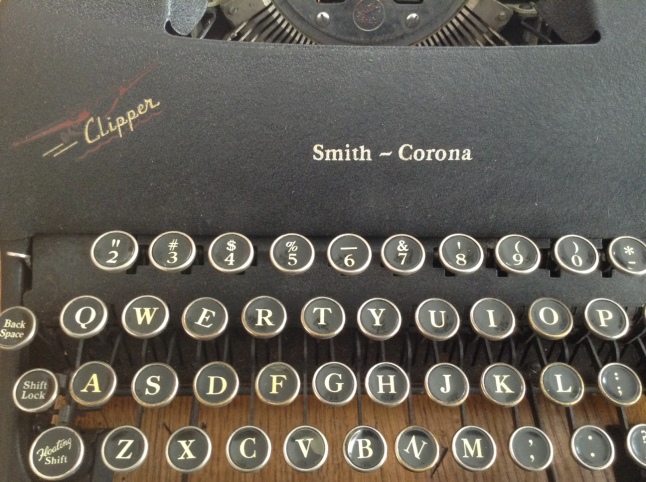 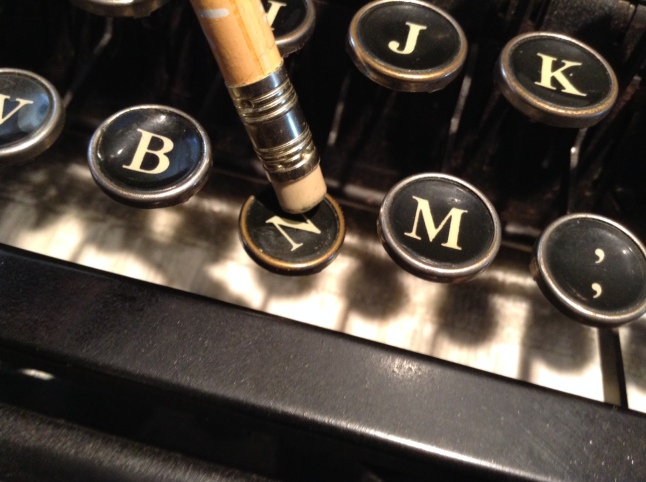 This took some time – it moved very slowly into correct position

The typewriter also had a very strong moldy smell.  Much of it came from the case which had mildew spots inside.  I wiped it down with soap and water and put it outside to dry in the sun – this helped a lot.

Under the hood of the machine, I found that the typewriter ribbon itself was very fusty.  Out with the old and in with the new ribbon.  That made a big difference. I found that the felt insulation under the ribbon cover still had a slightly musty smell, so I sprayed a little Febreze air freshener on it.  That seemed only to mask the odor. Upshot: changing the ribbon was key to a better smelling machine.

Cleaned up, this typewriter is quite a looker. This machine has beautiful Speedline curves and stylish glossy band around the base. 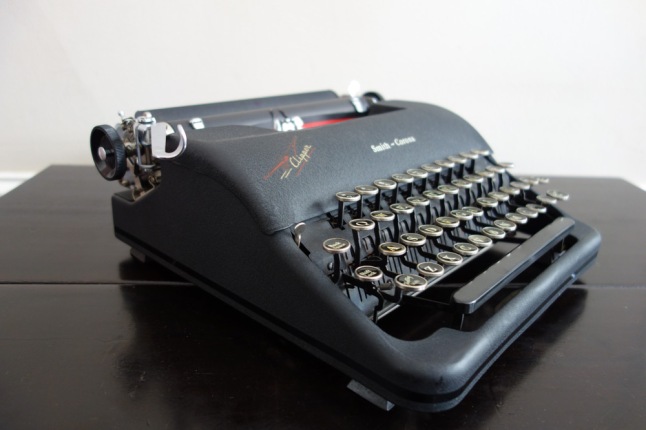 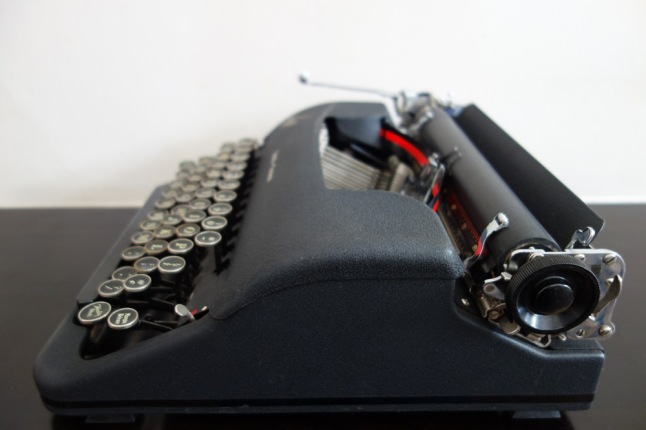 Look at that elegant profile: 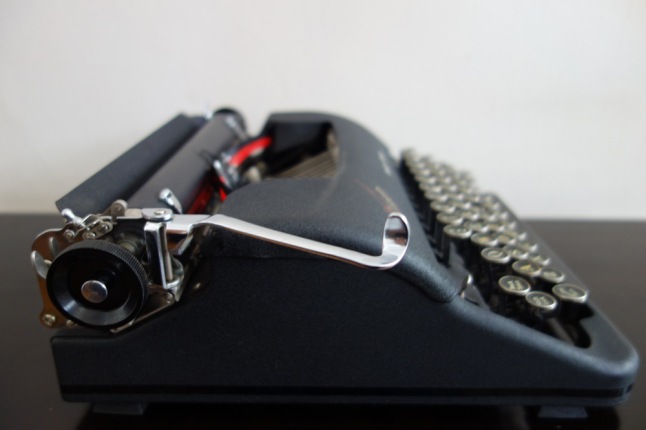 So what is the story behind the S-C Clipper’s name? What is that plane on the front decal? 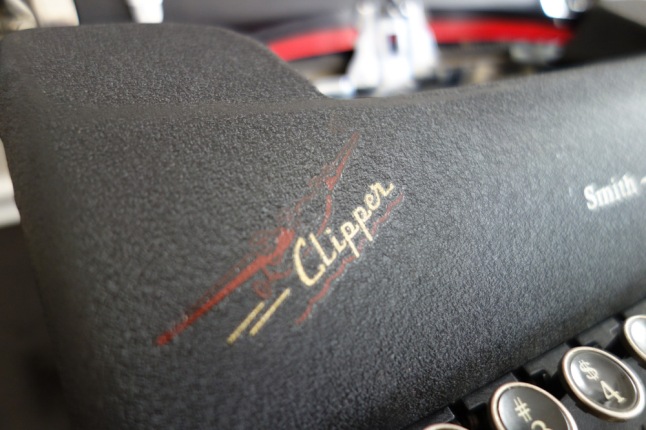 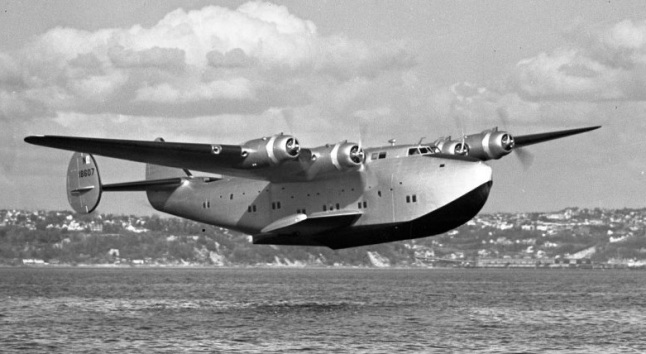 The Boeing B-314 Clipper was a long-range flying boat made between 1938 and 1941 for Pan American Airways. It was one of the largest aircraft of the time.

Pan Am’s Clippers were outfitted for luxury air travel and long transoceanic flights.  In 1940, Pan Am’s flight from San Francisco to Honolulu was 19 hours. With seats that could be converted into beds, a lounge and dining area, galleys crewed by fine chefs, and service by white-coated stewards, this was the height of dee-luxe travel. A cross-section of the Clipper shows that this was no modern economy coach experience.

During World War II, the Clipper fleet was pressed into military service, transporting personnel and equipment during the war. 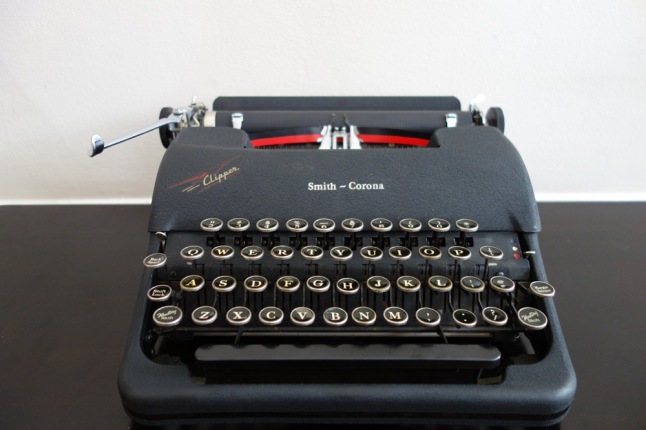 The name Clipper brought to mind style and adventure.  I don’t know whether Pan Am or Boeing had an agreement with Smith-Corona for use of the name Clipper; perhaps it was some kind of cross-promotion arrangement. It’s a little strange.  It would be like having a Dell computer called the Concorde with a little Concorde jet on it.

Here’s a short Pan Am clip from the 1950s looking back on the Clipper’s history:

Here is another video which has good interior shots of the Clipper (though I find the watermark a little distracting):

Check out more pictures of the B-314 Clipper »

I returned the beautiful little Smith-Corona Clipper to Moe’s shop with attached care and feeding instructions (don’t use WD-40 inside your typewriter, what to do about ribbons, yadda yadda yadda, and links to important places like The Classic Typewriter Page, Typosphere.net, TWDB, Typewriter Facebook group, Typewriter Talk). 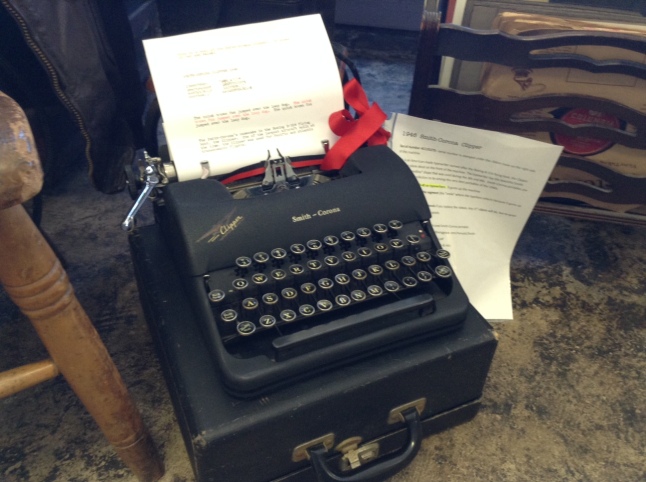 At Moe’s I picked up a vintage light meter for my son who is a Camera Geek. 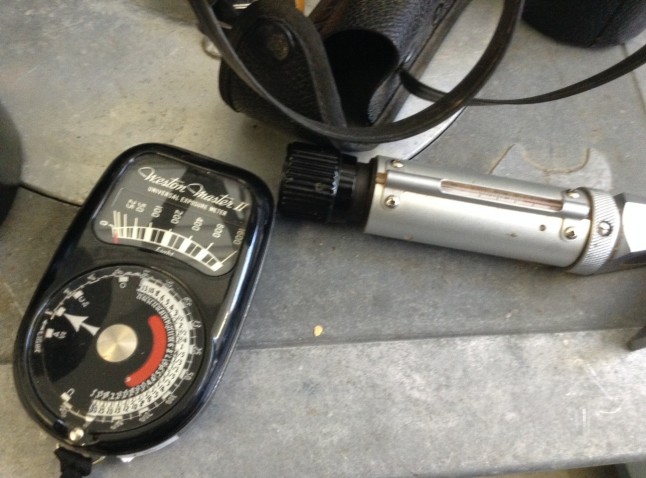 Moe had this wonderful bird (crow?) sculpture in the shop. 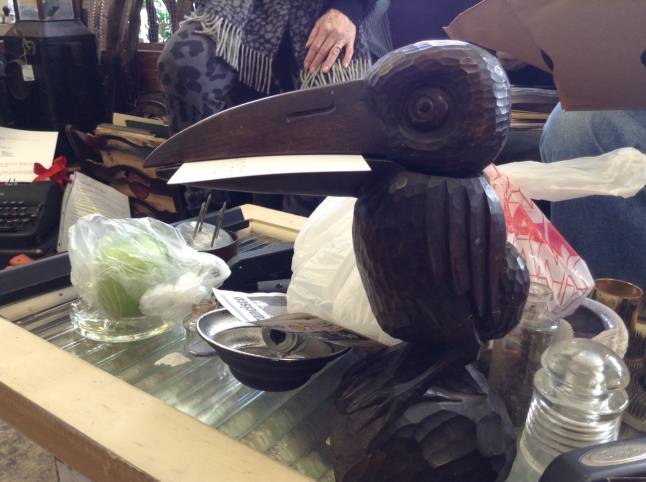 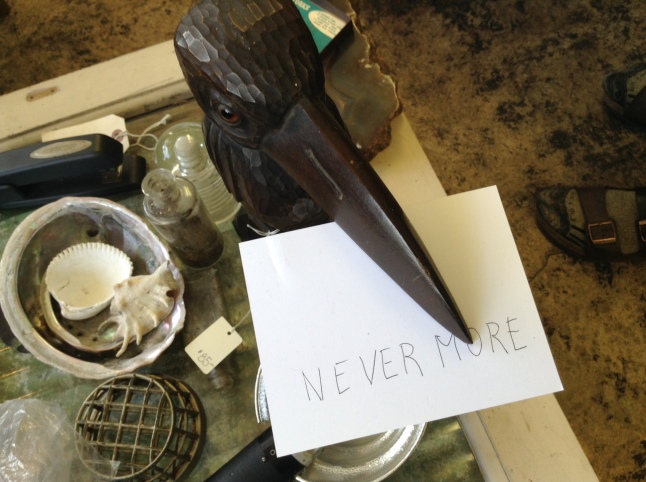 I like that thing. The crow is my spirit animal. 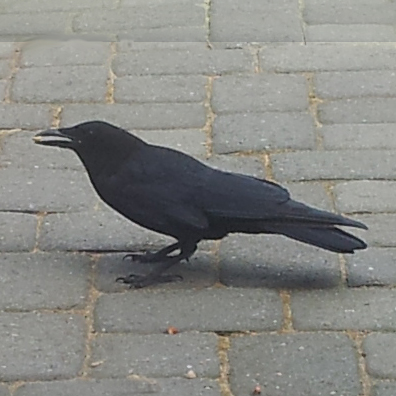