The local community arts space I have been working with has a whole fascinating jumble of typewriters, but this little white Olympia (Nakajima) Olympiette Model S10 caught my eye. It was made in Japan, probably some time in the 1970s or 1980s.  The serial number is #1004642 if that helps with dating. 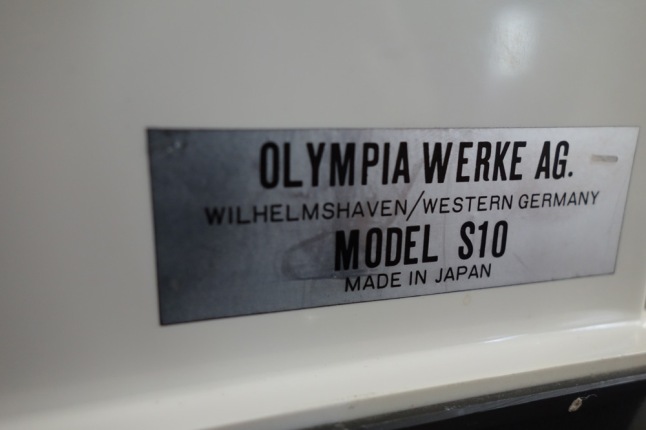 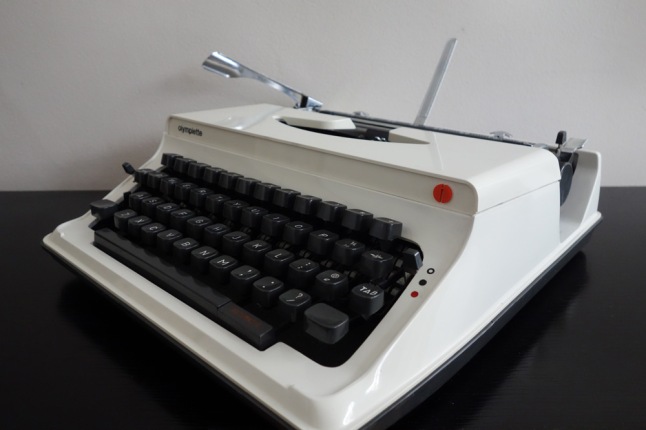 I want to go skiing and then have hot chocolate

White is an impractical color for a typewriter.  It gets smudged and grimy so quickly just doing normal things that you would to a typewriter (like typing).  However, this Olympiette is such a pretty little snowflake that I forgive it.  It is a clean breath of frosty air. I love the winter white and charcoal keys combination. It reminds me of the Frozen North of Alaska, where I was born. I come from the land of the ice and snow, from the midnight sun where the hot springs flow. 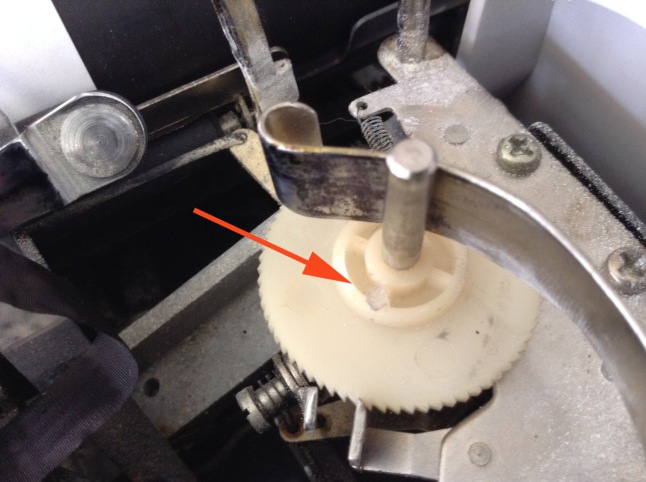 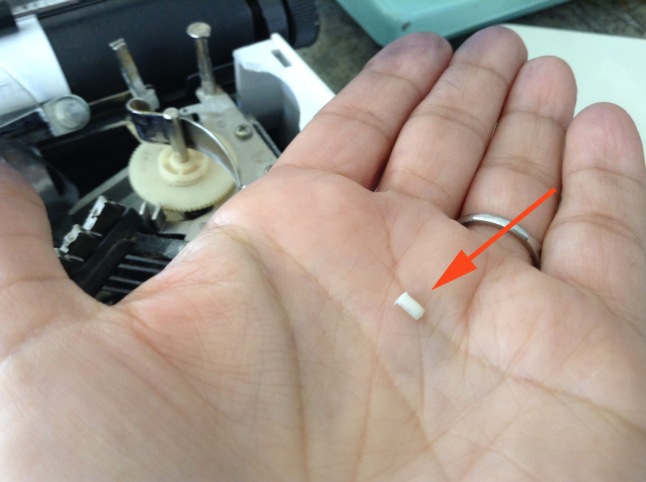 I found one broken spool spindle nestled in the ribbon spool mechanism and glued it back on with super glue. That repair lasted about two minutes.

So I got a paper clip, cut it down and made little spool spindles. 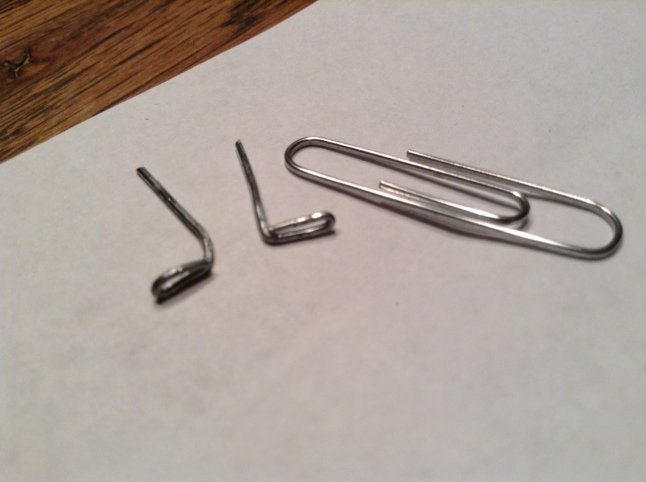 I wedged them into a well in the spooling mechanism and used Super Glue to hold them in place. 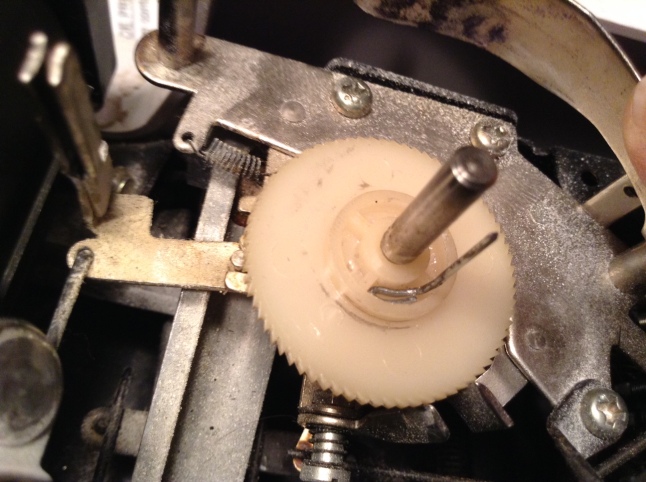 My repair will get thoroughly tested as the kids camps and classes roll through The Shop at Flywheel Press and hammer the heck out of this little Olympiette.

I love the way this typewriter looks, so how does this little white snowflake type?  Pretty good, but a bit jangly. The ribbon cover is missing its plastic retaining tabs (broken off) so the lid rattles quite a bit while typing. Maybe a little strategically-applied Sugru is in order. So: rattly, but still, I kind of like it! 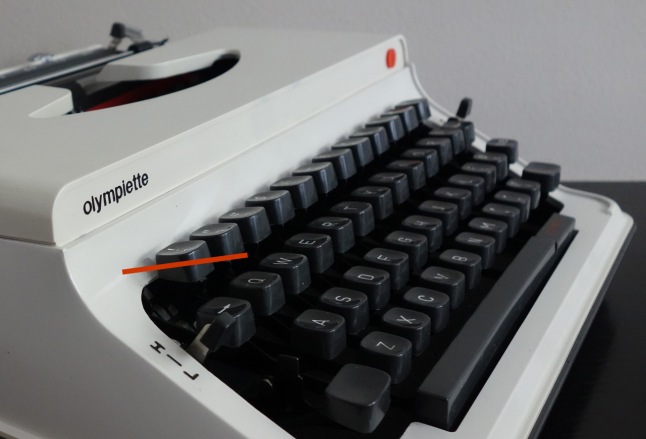 But I love the styling of this typewriter. It’s got a bad case of pretties. 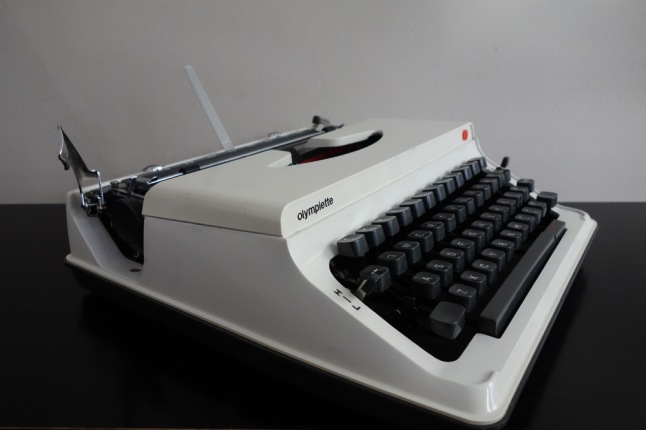 The “AUTOMATIC” button is loads of fun.  It’s like the POWER-SPACE on a SCM.  I guess it’s there so you don’t have to reach up to the carriage release to move around on a page. Pressing the button sends the carriage stuttering along like a machine gun.  I don’t know why I would want it to do that and make all that noise, but it’s fun noise. 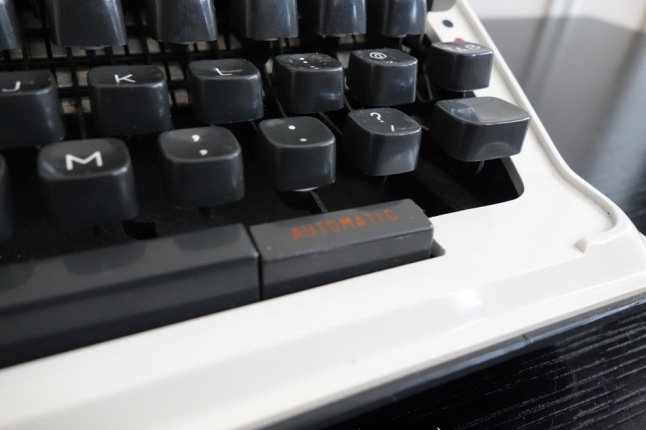 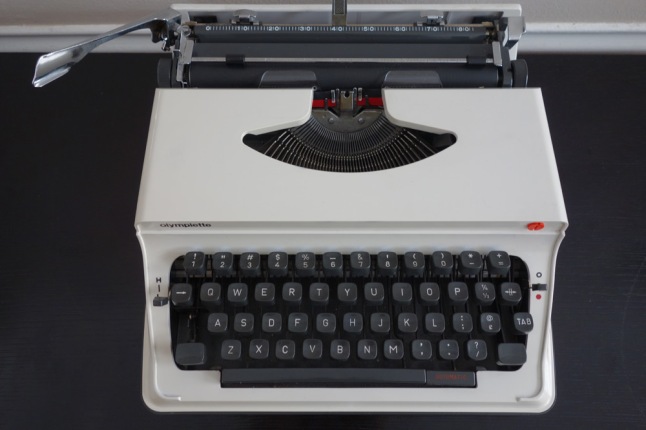 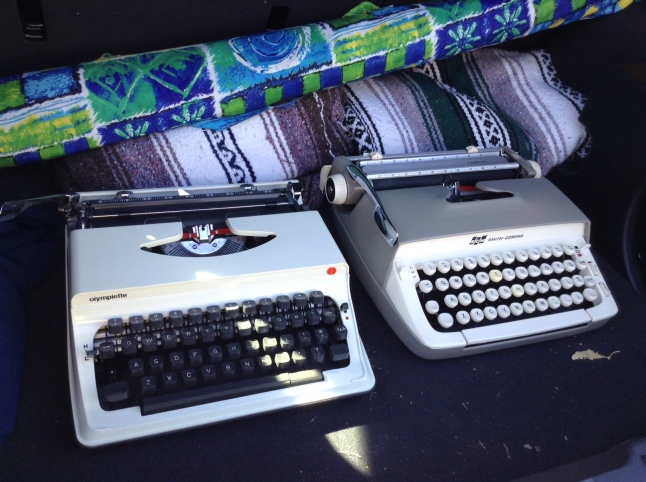 …and I picked up another couple typewriters to fine-tune. The Penncrest Concord electric has a fun script typeface, but several of the linkages are snapped off, including the important letter “A”.  The Royal 10 is currently a “display” typewriter, but I think it will be a good typer. I bought special Royal-style spools for it, so it had better type. 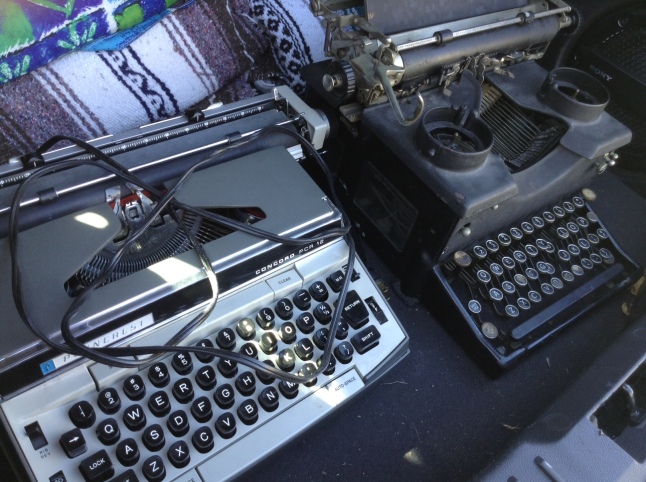