Moe’s friend Tim has some wonderful old typewriters.  I cleaned up a couple of his beauties a while back. Tim called me on the phone to thank me – such a super nice guy.  He’s a semi-retired newspaper reporter.  He recalls an article about typewriters that he wrote in the late 1990s or early 2000s.  He said it was one of his most heavily commented upon articles.  He’s going to try to dig it up for me.

Tim has this gorgeous Remington 5 which needed a dusting and a new ribbon, so I brought it home for a few days. 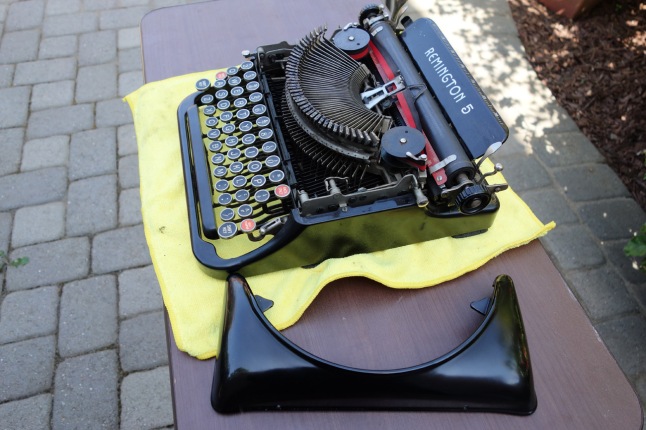 It was a beautiful day on Saturday, so I worked out on the back patio. Everything is in bloom right now: lavender, lilacs, geraniums, anonymous blue flowers: 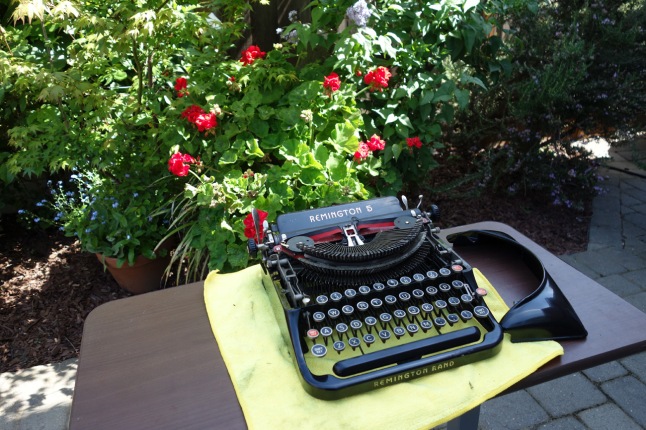 Cleaning the type slugs was very easy. With the cover removed, the type bars are completely exposed.  They lie flat, making it easy to scoot a towel under them. I draped the machine and got to work with a tooth brush and mineral spirits. 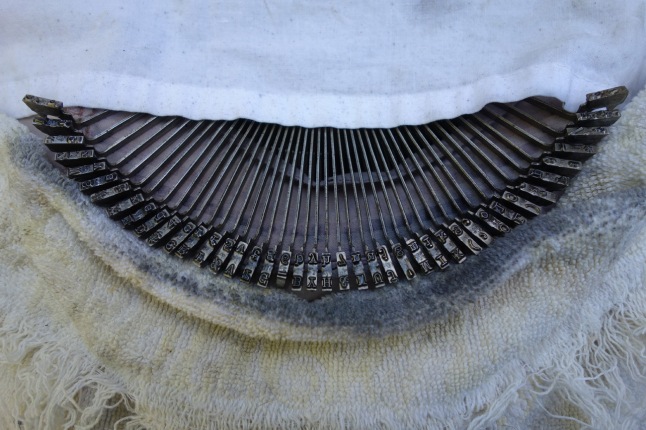 The red accent pieces like the paper scale and red keys are so attractive. 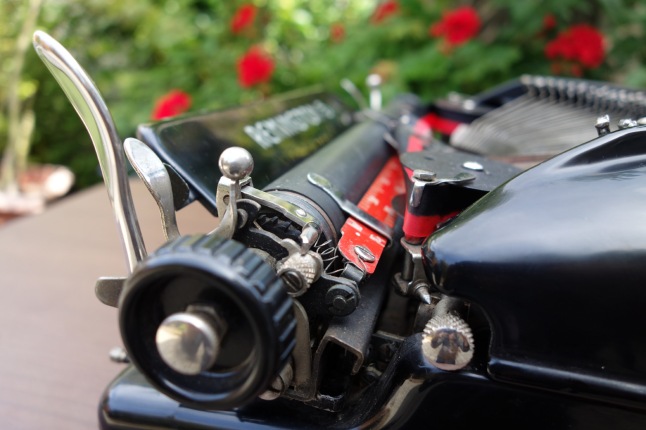 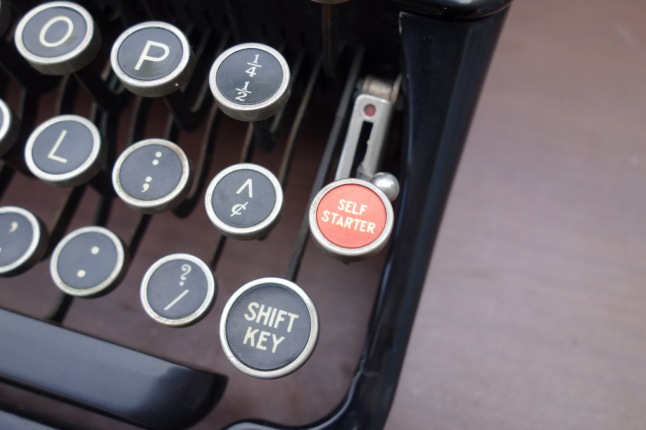 “Self Starter” is a key that tabs in five spaces – for indenting paragraphs. 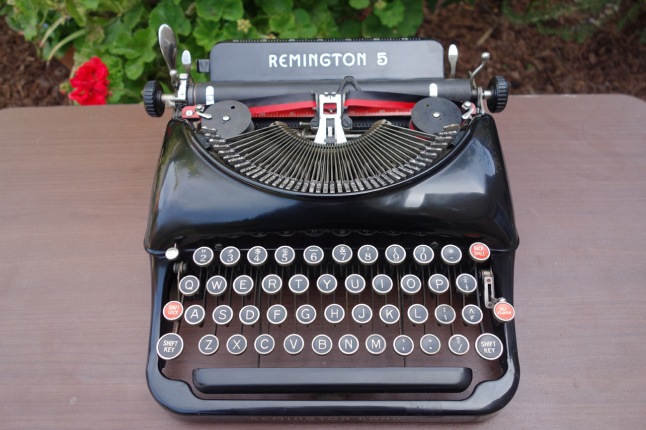 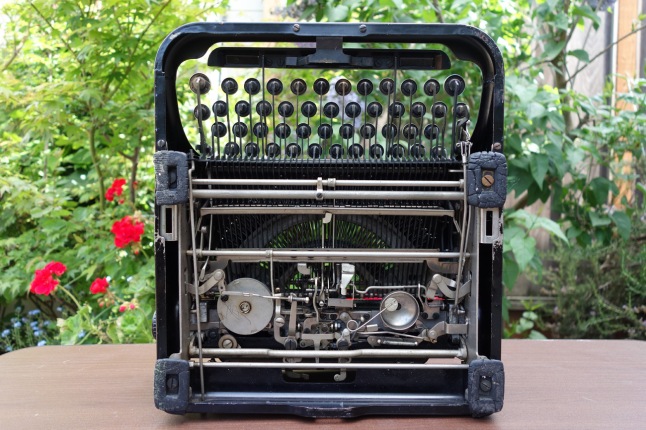 The feet are in very bad shape.  If I owned this one, I would probably buy or make a new set.  It’s a rather low-slung machine and could probably use the extra clearance.

This Remington 5 is such a fine typer. It’s got a big, beautiful typeface:

I don’t think I held onto this one long enough – I didn’t have much time to play with it and do comparisons with other typewriters in the house.  I hope that one day another Remington portable (a good junker) comes to stay for a visit. 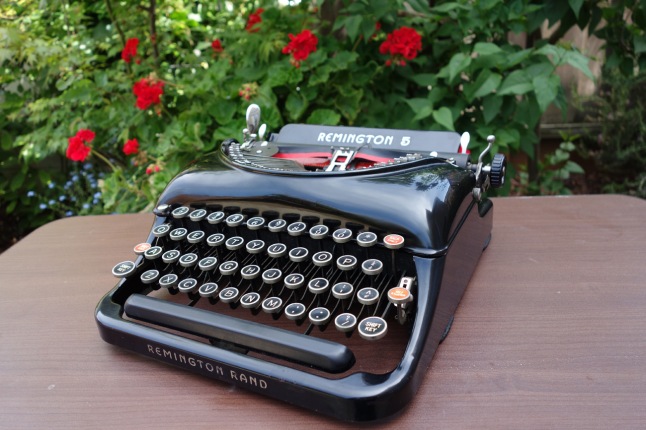 Oh, you beautiful thing.  It is high time I returned you to Tim’s loving embrace.

Moe called me last night and left a message.  A hauler she works with had been cleaning out a house and found a typewriter.  It was jammed, so he doused it with oil.  It was still jammed so he was going to throw it out, but Moe stopped him.  The typewriter was really broken, so she was leaving it outside her shop and I could pick it up any time – it was FREE if I wanted it for parts or whatever.

I swung by Moe’s this morning to drop the Remington off at Moe’s for Tim to pick up.  I took a look at my FREE typewriter. 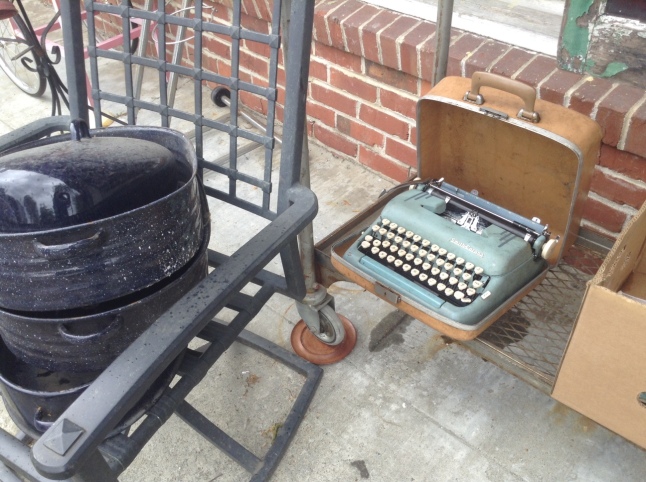 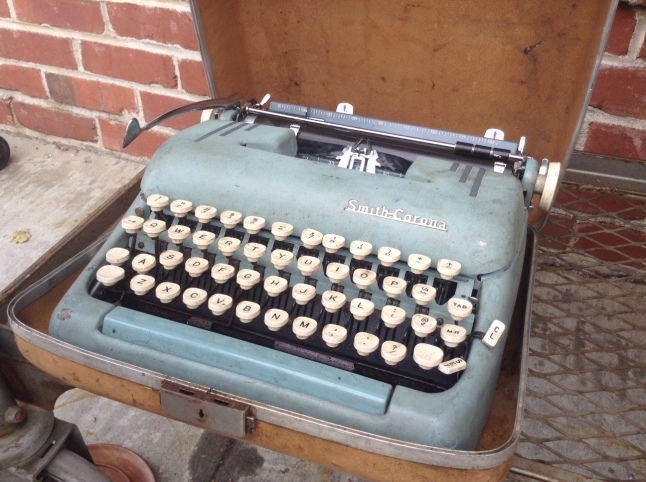 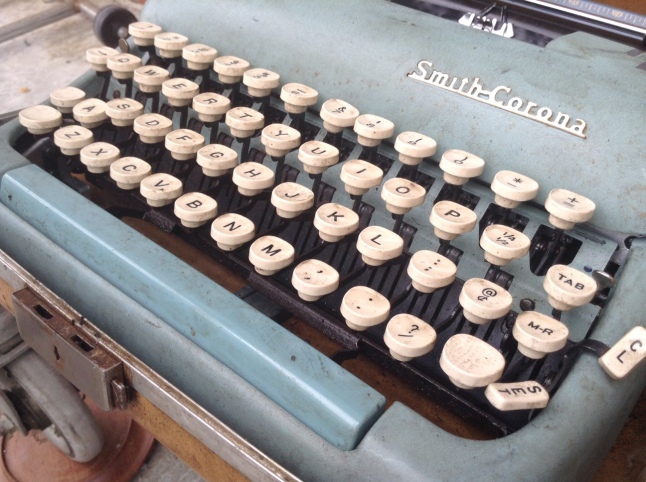 Wow.  I brought it home, and it is currently sitting on my kitchen counter dripping oil. It’s comically greasy. 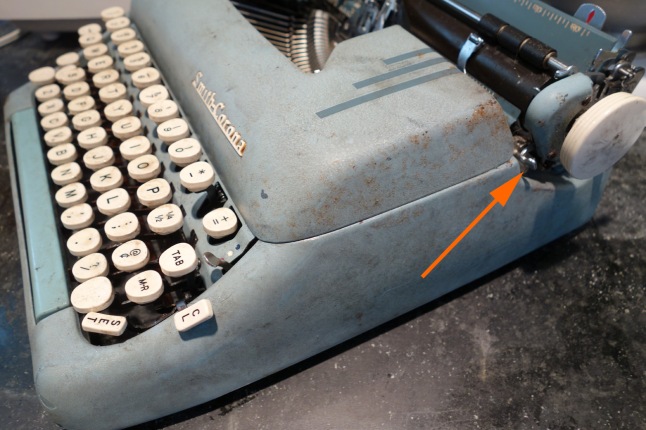 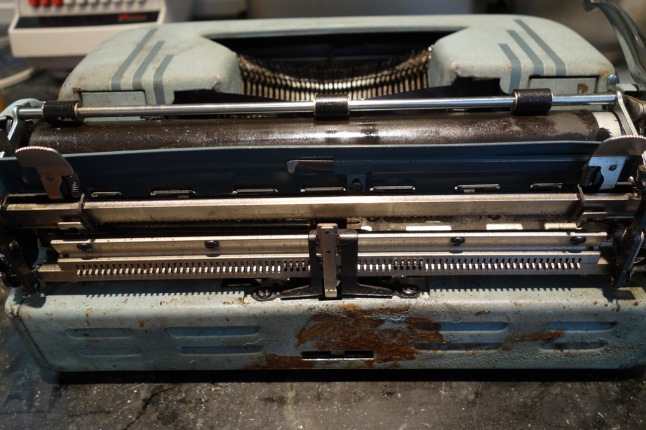 The top back panel is missing.  Perhaps someone tried to repair it at some time?

I think I have several pleasant hours of tinkering ahead of me this weekend.

24 thoughts on “Spring Cleaning: Remington 5 and a Freebie”