I’m a bit late posting this installment of Typewriters Across America because of a lack of internet access this morning.  Better late than never!

Friday we traveled from Salt Lake City, UT to Winnemucca, NV.  Before we left Salt Lake, we decided to try an antique mall.

It is a large and well-organized space:

We immediately saw a typewriter: 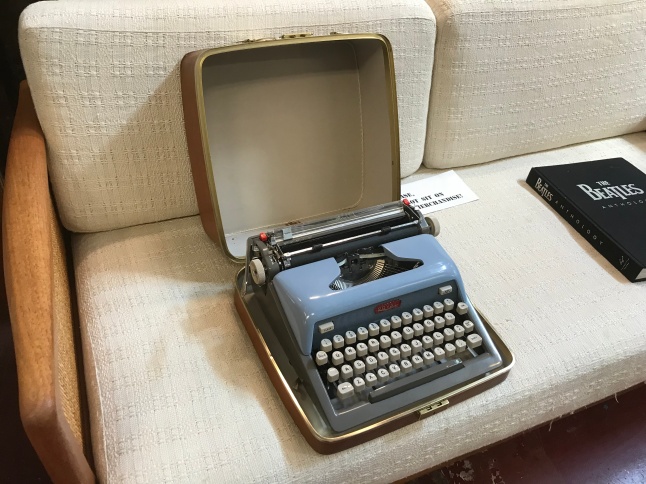 And then we saw a whole shelf of typewriters:

Wowie! Let’s go through these.

Check out the beautiful badge on this Underwood – pure delight: 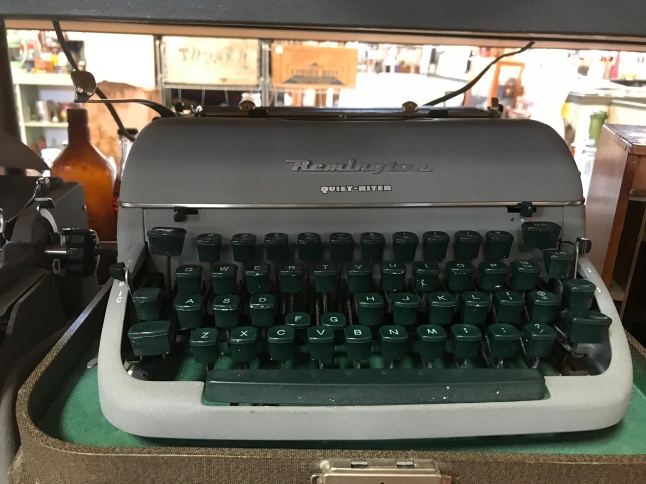 The Remington portable below was being sold “as-is” and I was tempted.  I tested it and there didn’t seem to be anything really wrong with it besides the poor condition of the decals and lack of a case.  I took a pass: 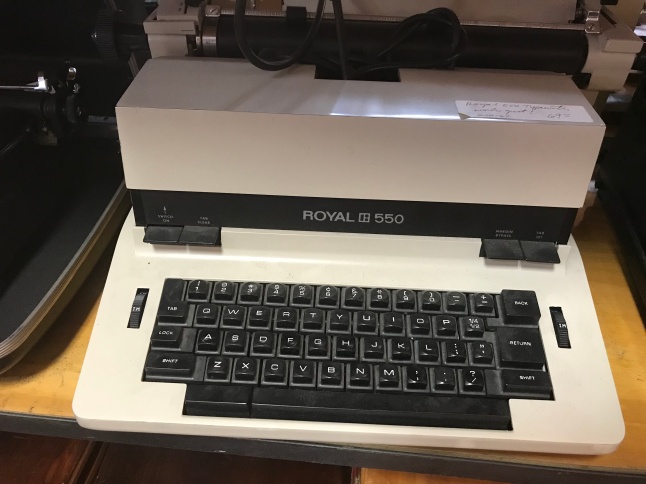 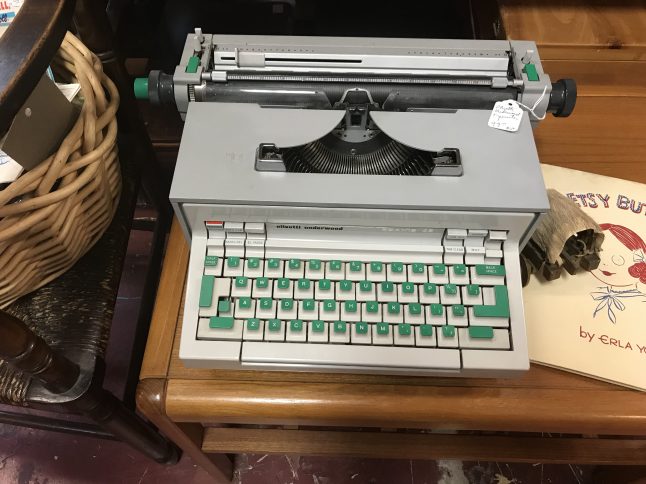 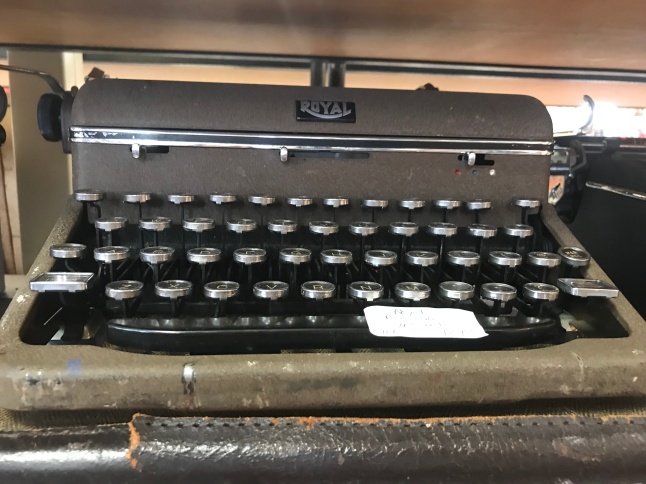 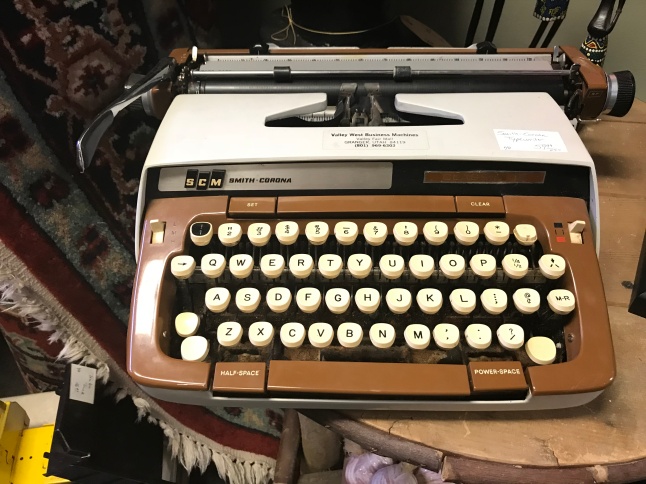 The number and variety of typewriters at this single antique mall suggests that the supply is good here in Salt Lake and judging by the  prices, the market is healthy and hungry for typewriters.

After the antique mall, we drove by the Mormon Temple: 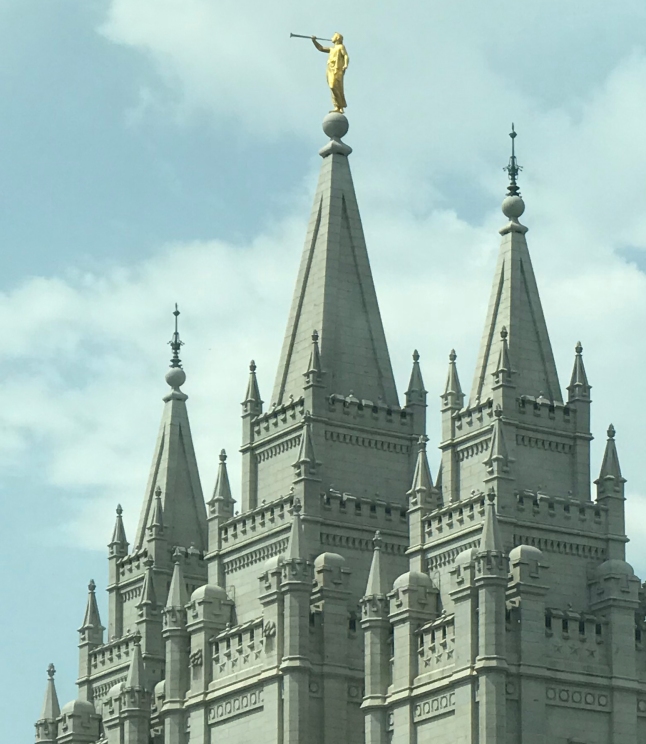 The streets in Salt Lake are incredibly wide, and I’ve read that Brigham Young himself directed them to be built thus so that wagon teams could turn in the streets without “resorting to profanity.” 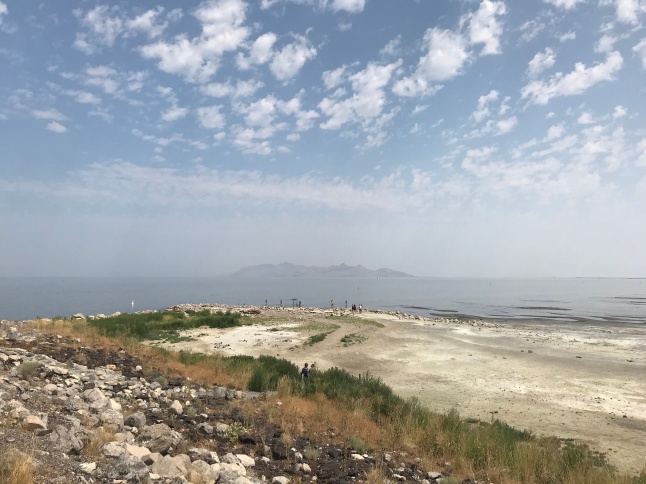 After that we hit the road for Nevada. We raced past salt flats that ran for miles in every direction. 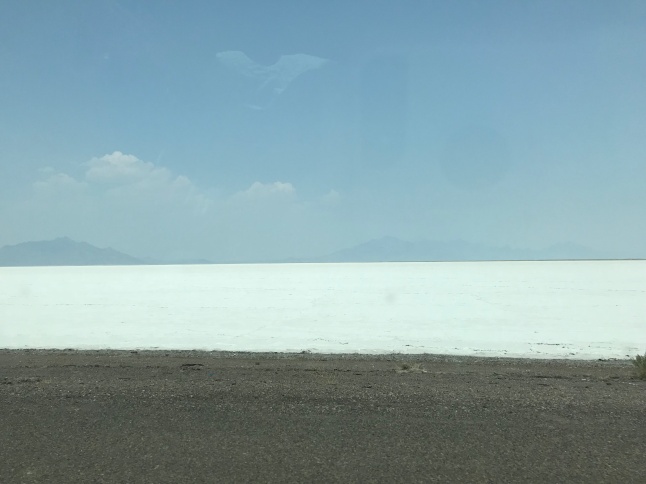 After we entered Nevada, we noticed that it was getting hazier and hazier.  By the time we reached our hotel, the air was gray with smoke.

Fire season is a terrible thing in the western states. In summer and into the early fall,  the vegetation turns dry, the winds begin to blow, and the fires start. Right now there are several active fires burning in California.

In Winnemucca, a smoky haze hung over the town.  The hotel lost wi-fi service while we were there because of fires to the west.  I watched a whole troop of sunburned firefighters check into the hotel.

Parts of the road home through the Sierra today were very smoky, but fortunately we encountered no road closures.

Stay tuned for the exciting conclusion of Typewriters Across America: Typewriters of the SF Bay Area.