I am a little late to the Typewriter Day party, but I did religiously observe the holiday by bringing home a new typewriter (as is customary I understand).  This 1922 L.C. Smith No. 8 was on Craigslist, described as “a hobby project to rebuild”. I liked the big cast-iron machine with its beautiful decals and the weird squid tentacle of a right carriage return lever. It looked pretty dusty and rusty.  It apparently needed repair, but it still had a ribbon in it.  I always take the presence of a ribbon as a hopeful sign.  Things can’t have been that bad for that long a time if the ribbon remains. Right?

I carefully compared the Craigslist photos with other L.C. Smith 8 examples on Typewriter Database and determined that as far as I could tell, all the pieces were there except for the ribbon spool lock screws.

I drove over to look at it and was relieved on two counts.  One: the seller was a very normal person and extremely nice.  Two: the typewriter didn’t seem to have anything more wrong with it other than rust, dirt, and gunk.  Though the carriage wasn’t moving and it really wasn’t typing, if I pulled hard to the left, the carriage moved with typing.

The seller, for his part, seemed very happy that I was going to try to fix it and clean it up.

I brought her home.  The typewriter and I had drinks together out on the patio and got to know each other.

The horsey paper table decal is in good shape. The insane surrealist horse legs in this decal are The Best. Is that top horse trying to type with its hoof? Trying to stomp the typewriter?

After a long search I finally located the serial number on the inside of the right front frame behind the back space key under a thick layer of grime and determined that I had a 1922 L.C. Smith No. 8:

It was pretty rusty, especially underneath the machine.  It may have sat in water at some point in time. One foot was missing and another foot (probably a replacement) was hideously swollen and deformed. 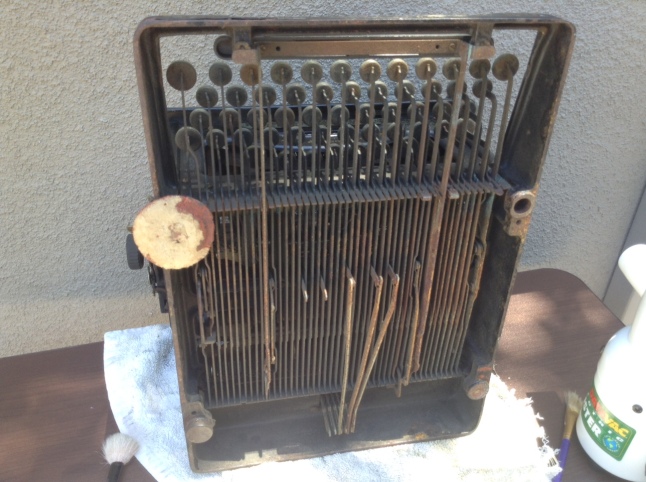 I dusted the typewriter first with a soft brush to loosen the debris and then blew out the insides. 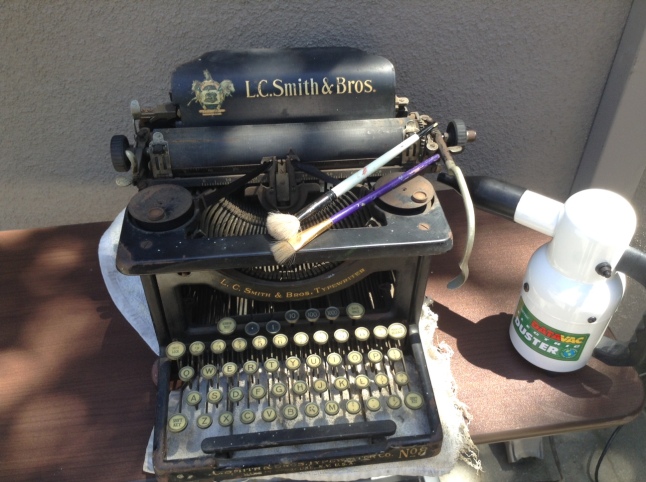 I cleaned and lubed the carriage rails with PB Blaster and the typewriter’s carriage began to move on its own with typing.   Everything seemed to function, albeit slowly, screechingly and rustily.

The one thing I had problems with was the ribbon carrier/vibrator – it wasn’t moving at all.  I did some research on the mysterious “Ribbon Key” in the L.C. Smith No. 8 manual I found in the manuals archive of The Classic Typewriter Page. 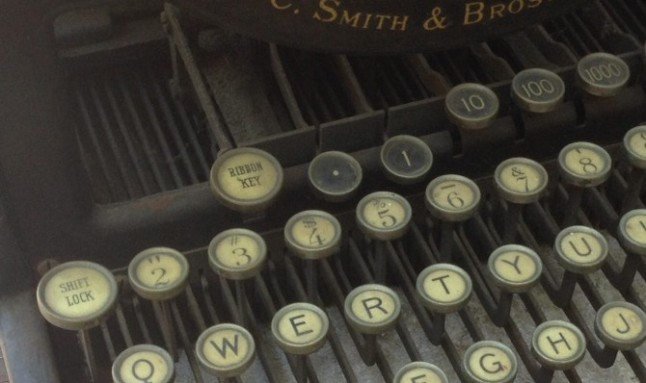 It looks like a typewriter part, but stamped on it are these words:

I did a quick Google search and found that it was an antique cigar cutter similar to this one. The image in my mind of someone smoking cigars and pounding away on this old typewriter Back in the Day gives me a chuckle. “Dammit, where’d my cigar cutter go?”

Here is 37 Maiden Lane in New York where the Cliprite company used to be headquartered: 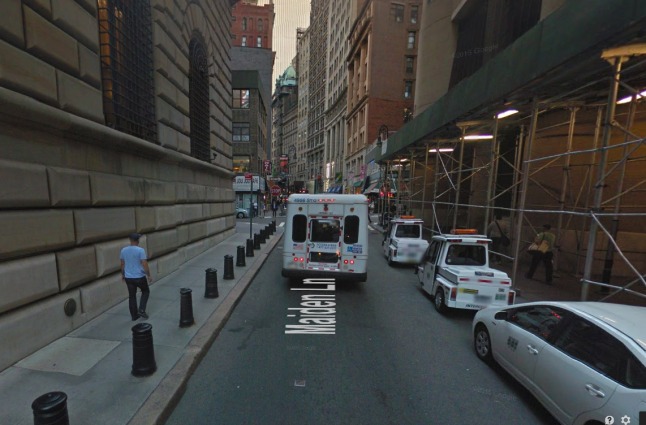 I am going to de-rust, de-grease and clean the typewriter over the next few days. One aesthetic issue is the areas of flaking black paint. 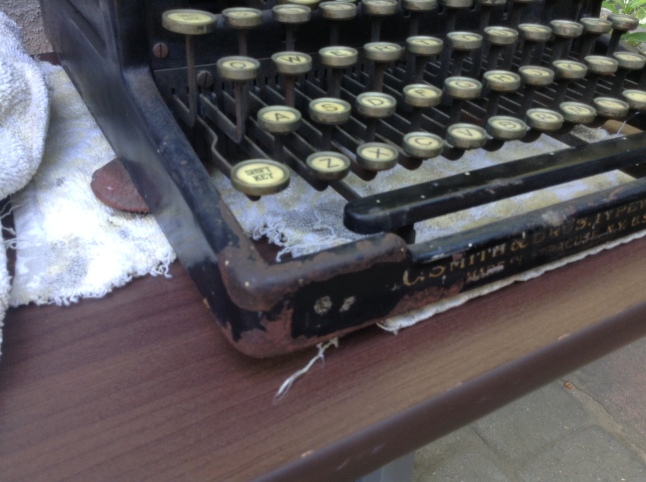 Should I stabilize those flaking areas or remove the flaking edges of paint?  Should I cover bare metal areas? Sharpie or Testor’s black paint pen?