I have been on the road a lot this winter and when I got back in town, I trekked over to Mozo’s.  Moe had a typewriter with problems that needed attention. 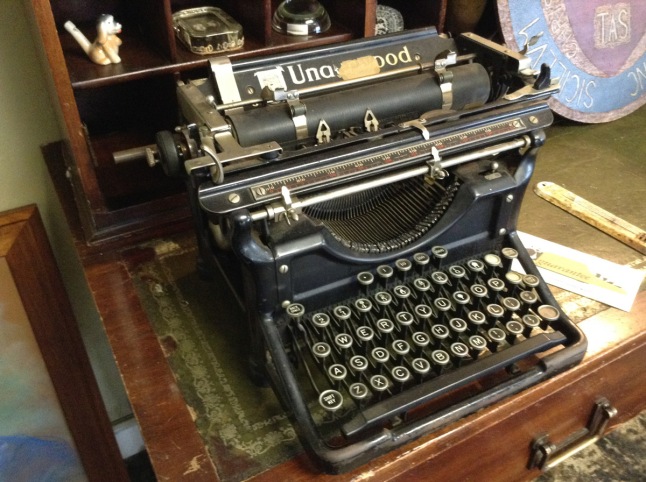 This one had been sitting in Moe’s shop since the summer.  A lady had bought it recently and she wondered if I could get it to work. The big piece of tape over the “erwoo” of the decal really bothered me. The decal was in terrible shape, but the tape made it worse.

I never get tired of these old Underwoods – built like a brick house.  They’re heavy-duty beauties.  This typewriter was an Underwood 6, very similar to the Underwood 5s that I have worked on.

The problem with this Underwood was that the carriage tipped from side to side and would get stuck in strange and screechy positions.  Perhaps a loose or missing screw or two?

I brought the Underwood home and introduced it to Blender on my kitchen counter work bench.

I played around with it and discovered what was stopping the carriage. 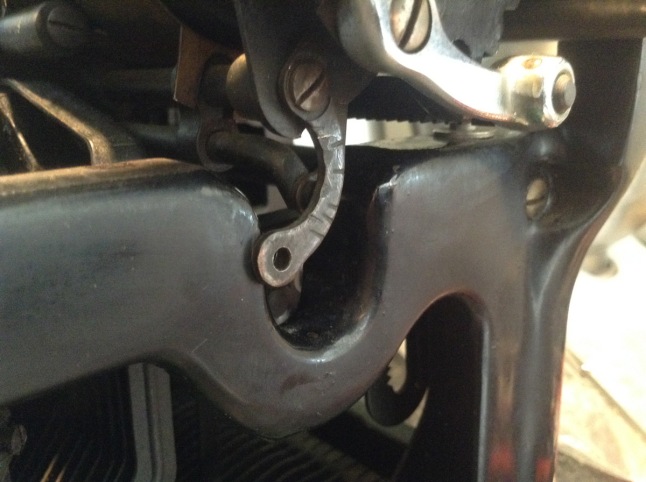 That little arm with a hole in it was hitting the frame.

Thank heavens for Typewriter Database and the detail photography that members submit.  John M.’s Underwood 6 had a closeup of the area where the little arm hung and I was able to figure out the little arm fit into a screw pin on the side.

The carriage was very loose and appeared not to be seated properly.  I wiggled it bit from side to side and the whole darn thing popped up and out.  Well, hell. I didn’t mean to do that, but there you are. 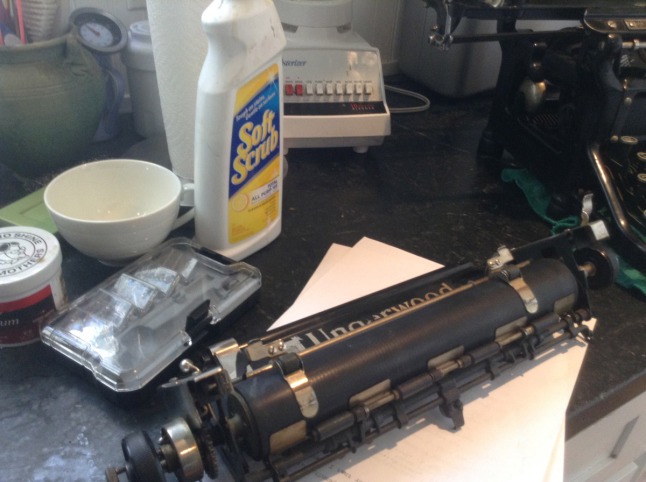 The upside was that with the carriage removed, I could clean the internal mechanics carefully and examine the pin area.

There are two springy arms on either side of the carriage that I was having problems understanding.

Fortunately, I remembered a YouTube video of a guy tearing apart an old Underwood, so I got a bowl of cereal and sat down to watch.

Some members of our community may be horrified by the joyful abandon with which Dusty Guy dismantles this typewriter. However, his video series on the Underwood is full of useful details. After watching this video, I understood the springy arms and how the carriage sits on them. 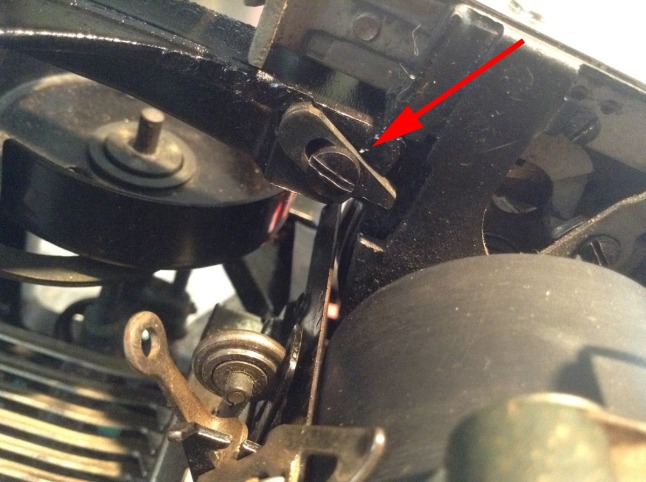 I had to dismantle the right carriage release to get the little arm back in the pin screw. 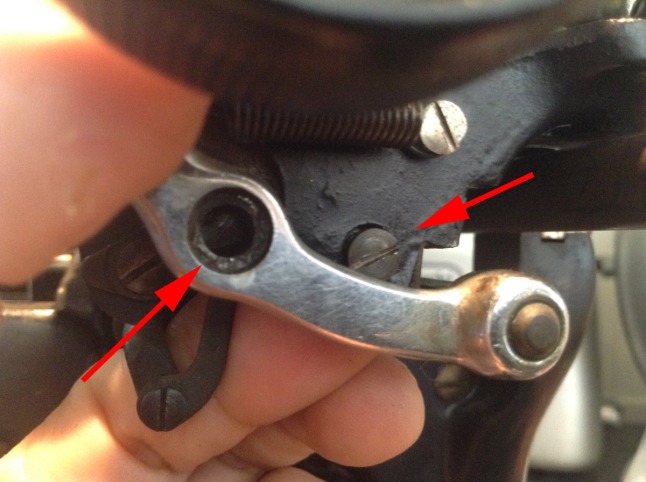 After the little arm was re-secured with the pin screw, the carriage did not wobble like it had.

I threw in a test ribbon and took a deep breath.

Yes, it was typing. But weirdly. Looks like bichrome mixing colors and…all caps. 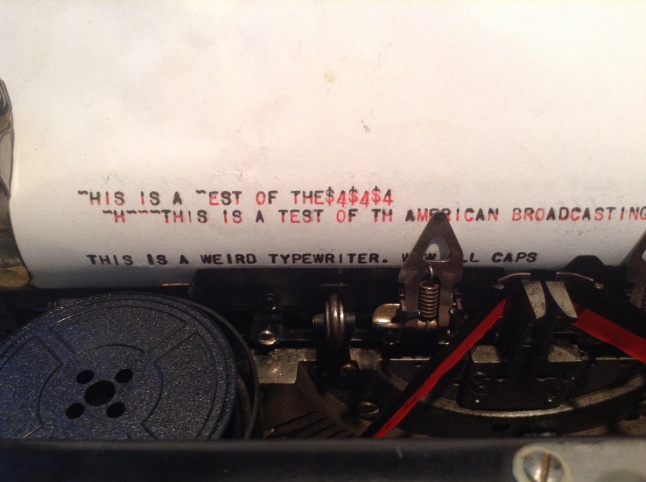 The term “mill’ is used to describe a typewriter that is used to create typed messages for the purpose of entering the message into a telegraph system or to convert a message received telegraphically into a typed hard copy message.

The typewriter has a degree character as well as a “Do” character.  A commenter on my blog said:

‘Do’ is short for ditto, now most often represented by a double-quote. Used most often in columns of dates that repeat. 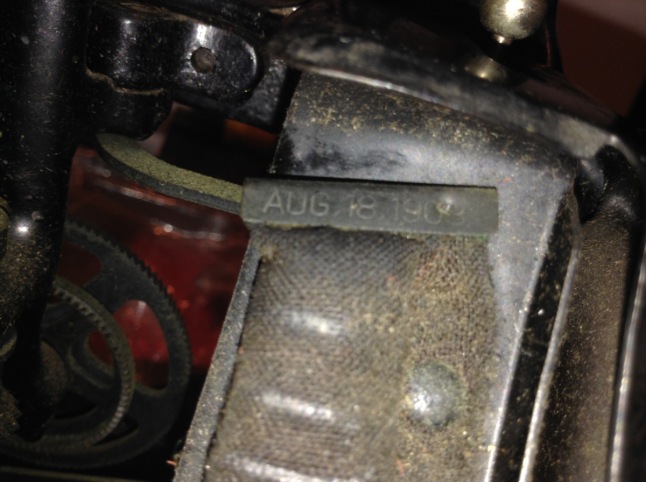 And there is a Reddit poster who noted the same thing on his Underwood 5 Mill.

Do all old Underwoods have “Aug 18 1903” stamped at the end of the typebar rest – or just these telegraph typewriters?

Well, what a neat surprise. 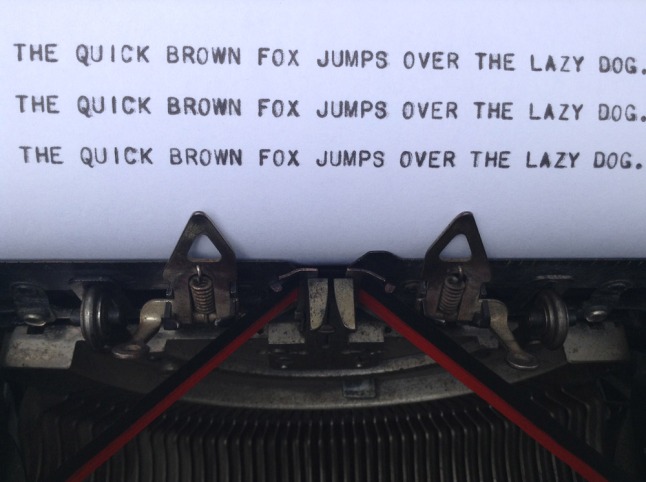 I took the Underwood 6 back to Moe’s shop with care and feeding directions attached. 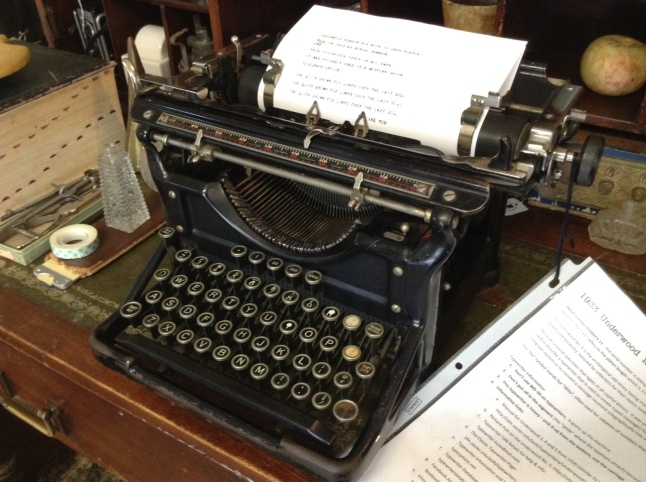 Moe asked me to work on an Underwood 5 she just got, but I told her that there was another typewriter I needed to work on before I could start the Underwood 5.

You see, I did a service check at The Shop at Flywheel Press last week.  They were having their annual Valentine’s Day Love on the Run community event the next day where they bring out typewriters for people to write love letters on.  All the typewriters needed to be in tip-top shape for the event. I went through each, re-threading ribbons, unlatching carriage locks and disabling stencil settings.  They were all in very good shape despite constant use at kid camps.

Jenn at the shop showed me a new acquisition that she had found in a garage.  Oh my goodness.

It powers on but doesn’t type.  I wonder if everything is there.

I have always wanted to try my hand at a Selectric, and now this has fallen out of the sky. Charmed life. Now that I am finished with the Underwood 6 mill typewriter, I am going to play with this Selectric a little. I hope I can get it to run a bit.

Valentine’s Day was yesterday, so I leave you with a tender love song from the Underwood 6: 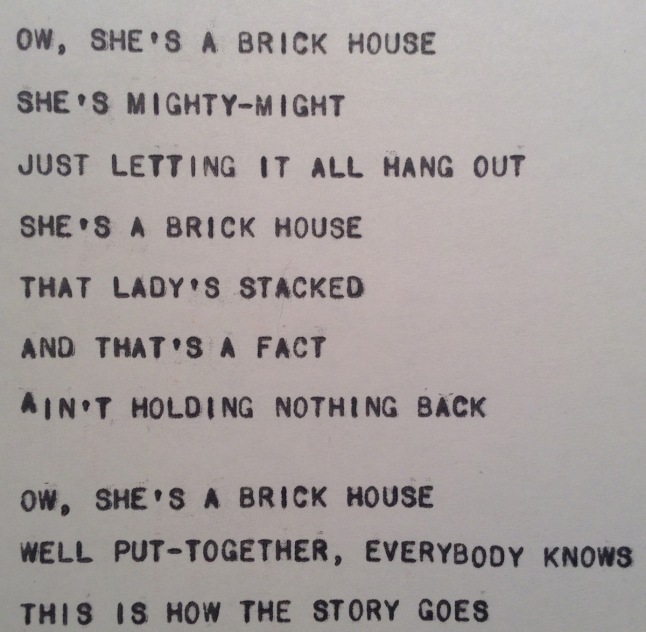