Lady Royal Aristocrat (a redundant name, no?) is looking and feeling so much better after a few days here at the spa enjoying typebar yoga, methylated spirits cleanses, Scrubbing Bubble massages…

This typewriter was really dirty when I got her last week.

First things first, I took out my handy hand-held air blower thing and blew out the inside of the machine. 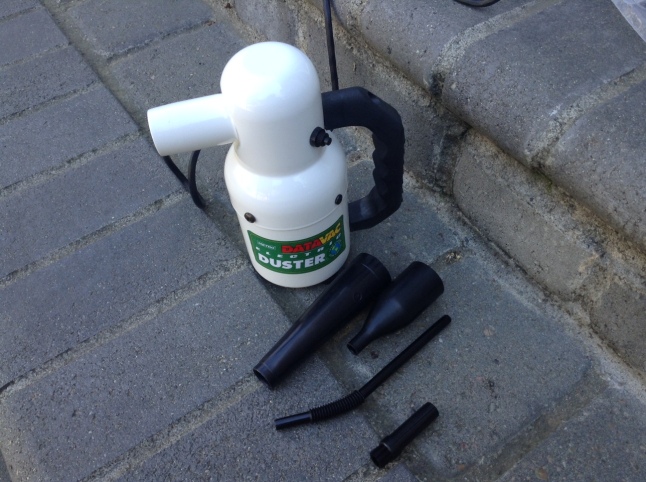 I always do this outside against a wall corner so that if there is something loose that blows out, it will hit the wall and not get lost.

I thought the Royal Aristocrat was a charcoal gray – but lo and behold after a some work with Scrubbing Bubbles she is a beautiful crinkle paint black. 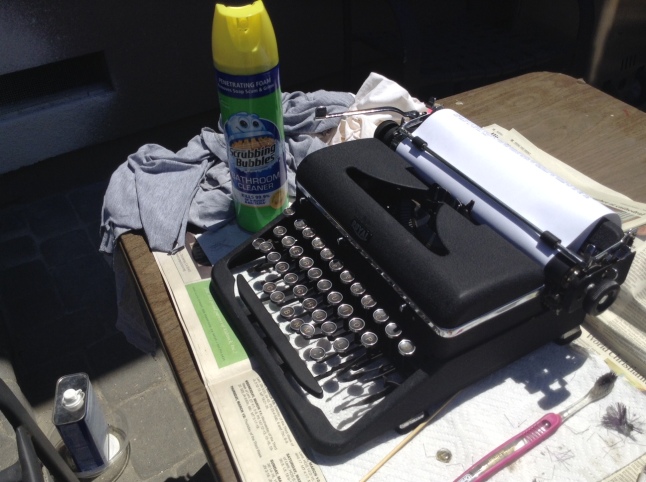 Soaking up the sun 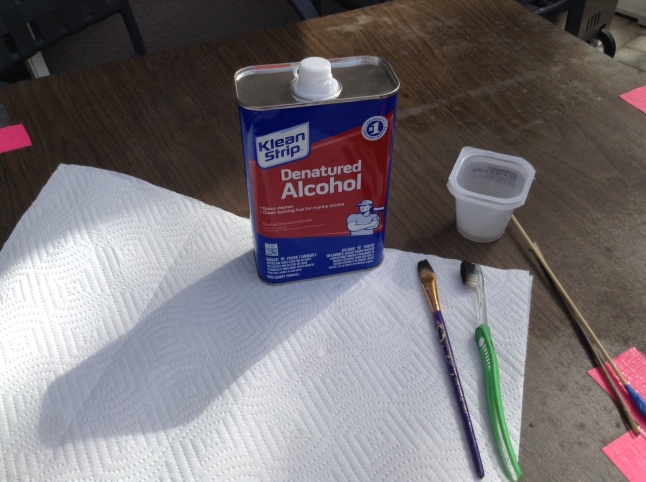 I fixed the broken draw cord using the inspired Robert Messenger wooden skewer tool. Since my typewriter tastes run to the junkier end of the spectrum, four out of my eight typewriters have needed a carriage draw band / draw string / draw cord repair: Remington Rand KMC, Oliver No. 9, Corona Four and now this Royal Aristocrat

I have close to 400 yards of of 80 lb fishing line – it’s heavy enough to land a marlin – or to replace a broken draw string on a typewriter.  I cut a length of about 13 inches for my new draw cord and made a loop at one end which I hooked onto a likely projection under the right side of the carriage. 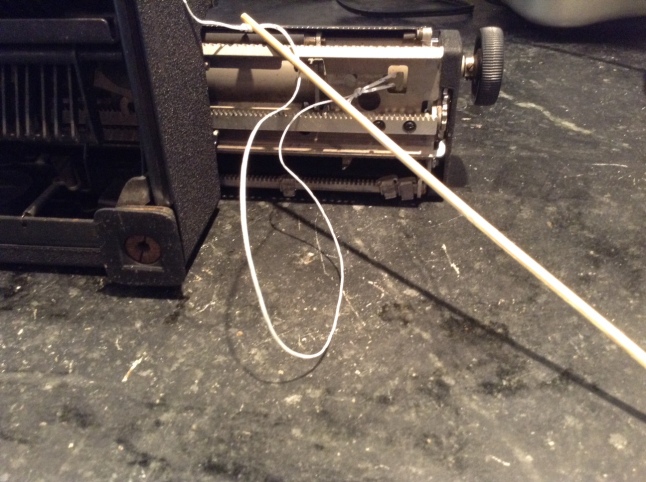 I tied a knot at the other end and inserted it into the slit at the end of my wooden skewer. I fed the string from right to left under the carriage using the wooden skewer as a guide and emerged on the left side of the carriage with my knotted end. 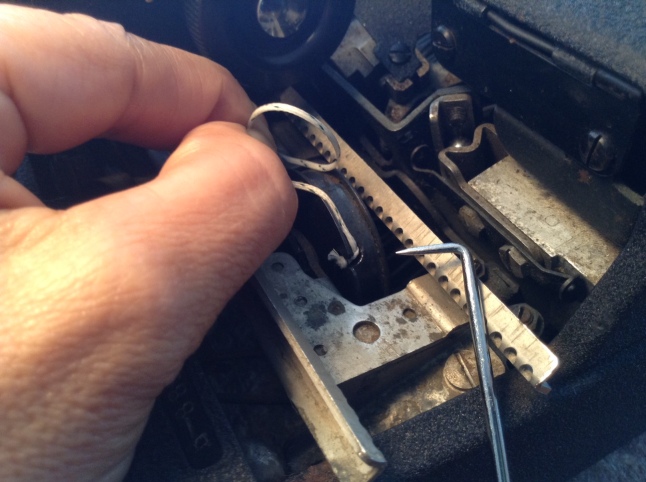 With a new draw string, this 1939 typewriter is typing great. Enjoy six seconds of looping fun while I try to avoid those sharp key levers. Ouchie!

Now onto those missing key tops.