It was a crafting weekend here at home. We had a paper maché project going and a typewriter repair in progress on the dining room table. 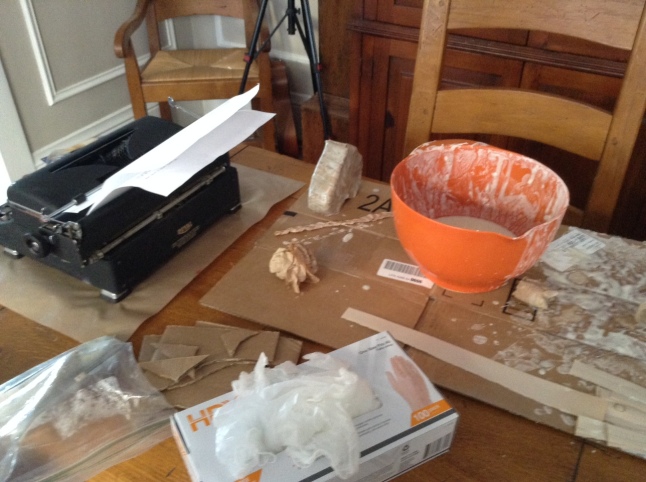 There were 10 key tops that had been chopped from Lady Royal Aristocrat that I needed to re-key before I developed tetanus from hitting the broken key levers.

I first straightened out the levers which were very twisted from their violent chopping:

Better and a little straighter after using needle nose pliers

I picked these faux typewriter keys up at Joann Fabric: 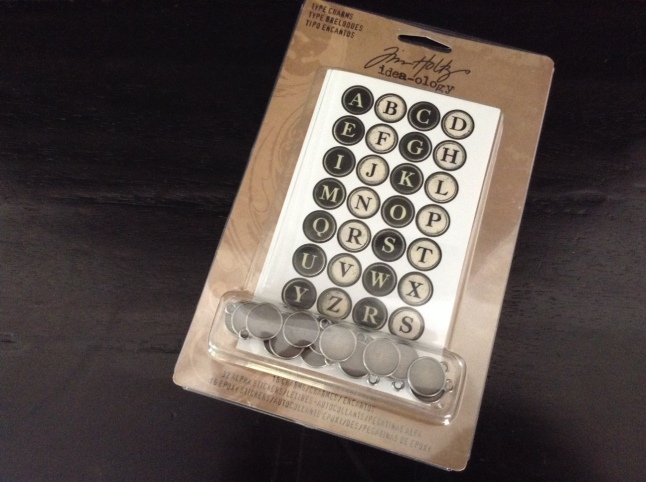 I clipped off the little loop on the faux key and sanded the edge smooth. 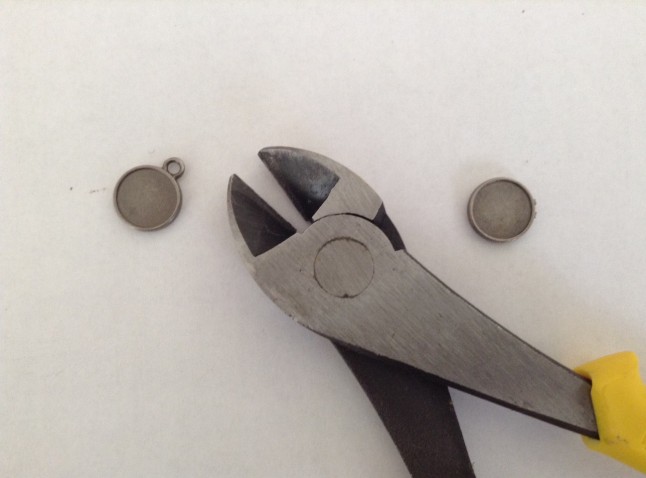 They were almost a perfect match in size. 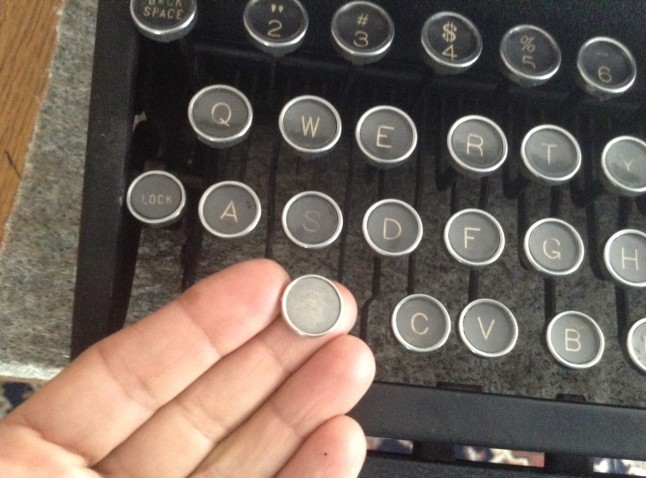 I had some J-B Weld SteekStik metal epoxy putty around the house. 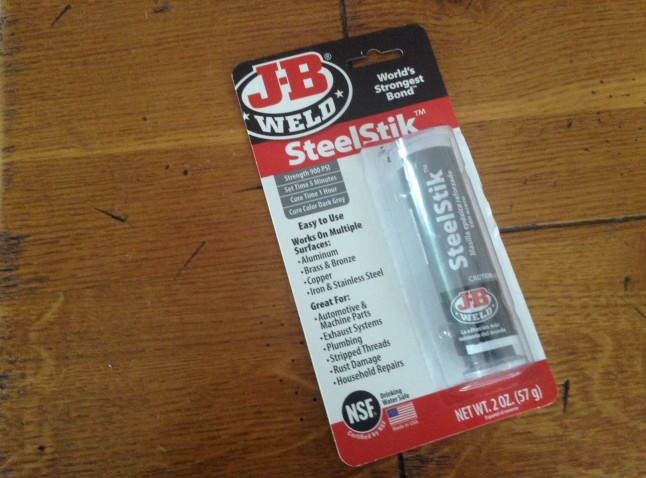 I sanded the broken key levers and the backs of the faux keys so that they’d have “grip”. 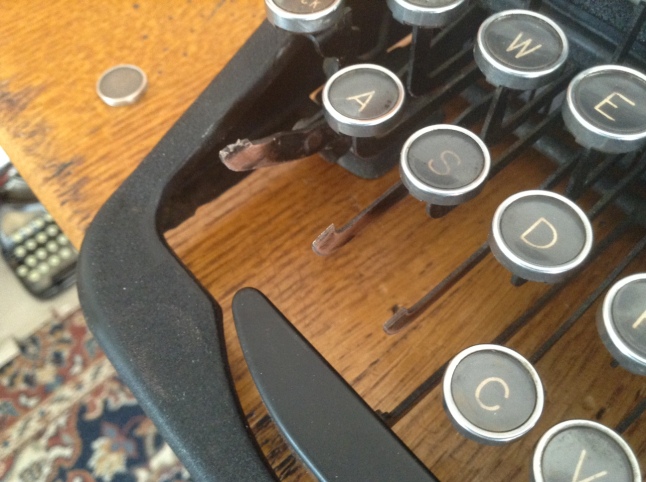 I cut off a little of the putty and kneaded it until it was a soft ball of a uniform shade of gray.  You have to work fast and use a little at a time because this stuff sets in five minutes and is sandable in an hour.  It dries rock hard.  I did one key at a time.

The broken stems on the right side of the typewriter were broken off shorter than those on the left side so I had to build up the stems in a first step.  They were a bit lumpy so I had to sand them a little.

I added the faux key tops in a second step.

I printed out some key labels that I made in Photoshop, trying my best to replicate the font and coloring of the Royal’s keys.

I covered the printed sheets with clear laminate, cut out the individual keys and glued them to the key tops – pretty close!

It’s not perfect – some of the stems are a little lumpy and the font color is just slightly too yellow, but it’s close.  If it starts to bother me, I’ll pull out the dremel and sand the lumpiness and replace the letters with a new label.

Many, many thanks to the clever Mr. E at Typewriter Talk who found these craft keys and used them to re-key his chopped typewriter. His project inspired mine.

She is such a pretty little thing.  I couldn’t help but notice how similar my 1939 Royal Aristocrat and 1957 Torpedo 18a are in terms of size and shape though they were manufactured almost 20 years apart on different continents.  I think I need to get an Olympia SM3 so I can do more extensive comparisons 🙂 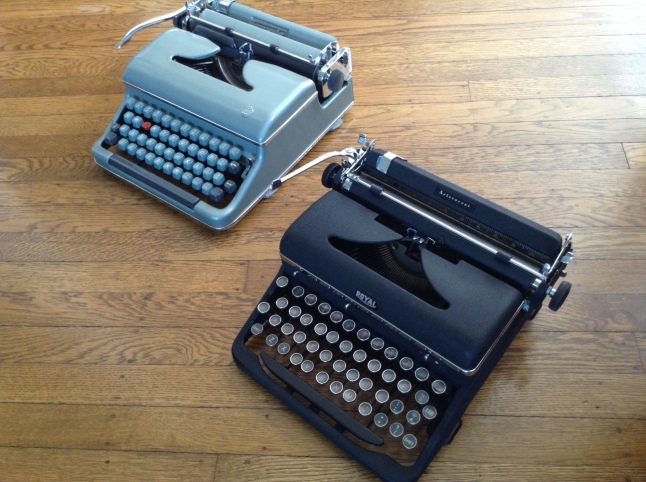 20 thoughts on “New Key Tops for a Key Chopped Typewriter”