In our dining room, we have a framed artifact from a simpler time.

This is Old Pinkie.  It started out as a Halloween costume and was worn every day for several months in 2005/2006.  Here is Old Pinkie in late December 2005. 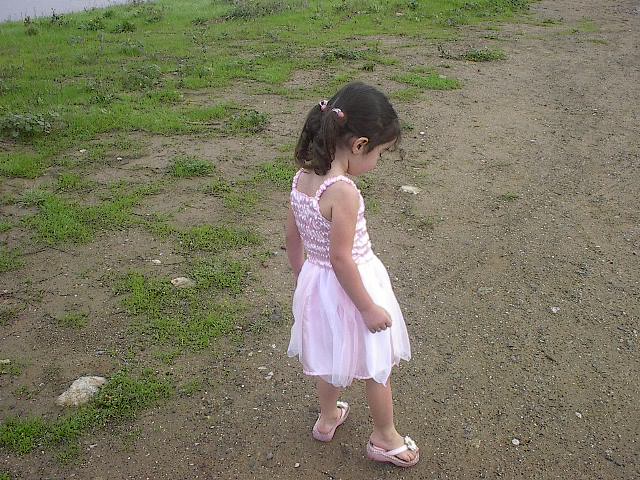 It was about 50 degrees and foggy, so my daughter is wearing Old Pinkie and flip flops.  Contrary to the opinion of every grandmother out there, going coatless and wearing the same ballerina costume every day are not life or death situations.

We framed Old Pinkie because it serves as a reminder of the limits of power when faced with a wily, tenacious, and vocal adversary.

Last week both my husband and my daughter were out of town, so I had the whole house to myself for a few days.

I conducted a science experiment in the garage. More about that in a future post.

I thought that having the run of the place was going to be a lot more fun than it was, but I was at loose ends without the customary structure to my days.  I binged-watched Russian Doll, finished off a bag of marshmallows for dinner, and trolled eBay.

I found an Art Nouveau beast at eBay that I really, really wanted, so I put it on my Christmas wish list.

Also on eBay, I found this SC Silent Super that I impulsively, guiltily bought. What a honey. This is my kind of typewriter: one that looks like it will involve many pleasant hours of tinkering and cleaning. 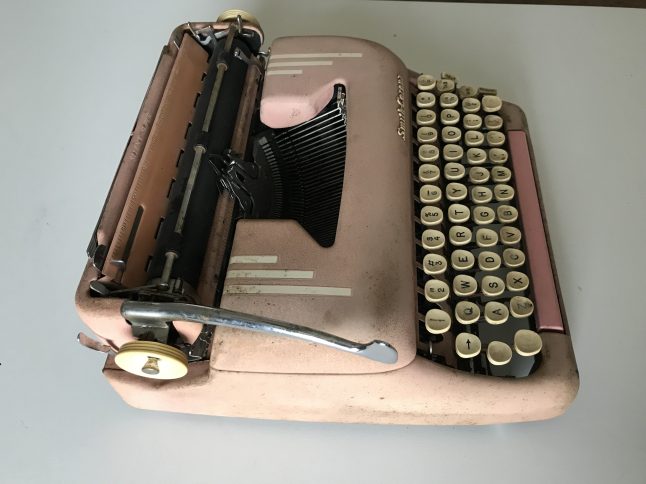 It came with a “Holiday” case:

I had no idea you could remove the metal fastening frame from the case, but you just push the frame release lever to the right and lift it out.  This is going to make cleaning so much easier. 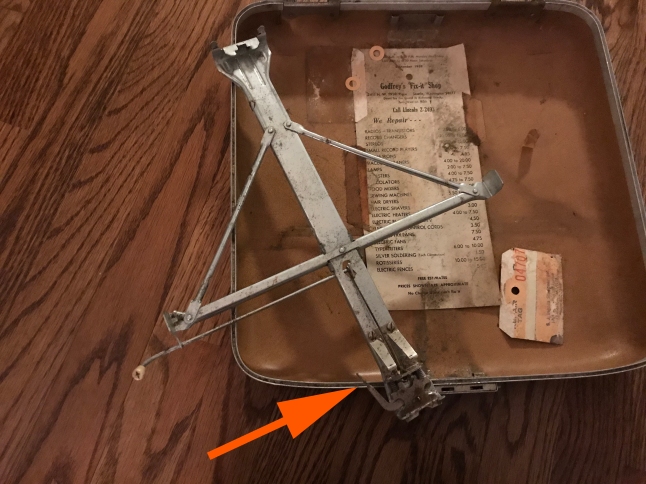 It looks like rotisserie repair was more lucrative than typewriter repair at that time.

The typewriter itself was impressively dirty, full of orange gunk and hair. Touching it left me sticky and hairy. 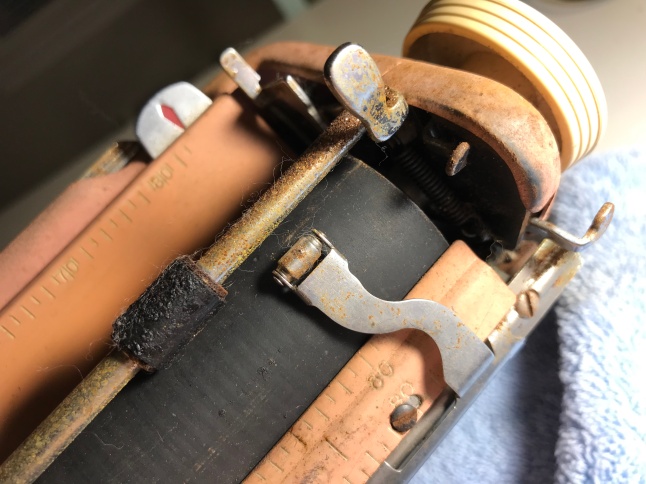 The drawstring was snapped and twisted around the mainspring.

None of the keys moved initially, but I got the letter T to type.  I pulled left on the carriage to see if the escapement would advance, but no go.

Underneath, all the dogs and rockers and wheels and springs and whatnot were paralyzed in orange congealed goo – perhaps this typewriter was the victim of WD40?

I did a quick wipe down with mineral spirits and manually worked the escapement  until it was springy and responsive. The carriage began to advance when I hammered the letter T.

This Old Pinkie is going to be just fine. I have another Silent Super to refer to if I run into problems: 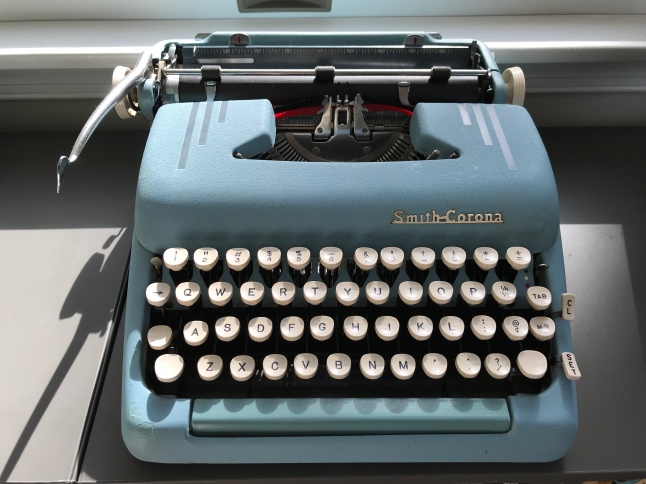